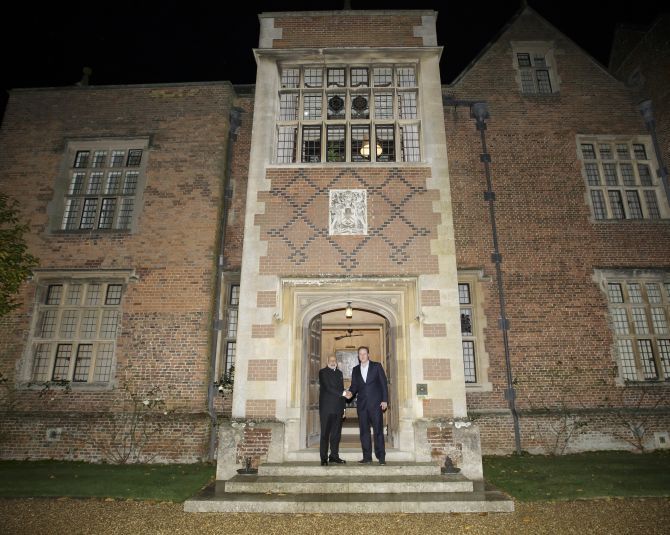 Prime Minister Narendra Modi’s vegetarian tastes were well catered for at Chequers, the British prime minister’s country residence in Buckinghamshire, where he was served dishes like Mushroom Pulao and Tarka Dal.

Cameron hosted Modi for what has been described as an “intimate dinner” on Thursday evening after a power-packed day that included delegation-level talks, an address to MPs and a speech at the financial hub of London.

The two leaders got a chance to relax over the private dinner for which Cameron’s expert chefs had prepared British Autumn Salad of Beets and Roots as a starter followed up by a main course of Porcini Mushroom pulao, dal tarka and kachumba salad with Mango Pudding for dessert.

The menu also reflected a perfect India-UK blend with some of Britain’s seasonal vegetables making up Indian dishes.

A similar menu is expected from the royal chefs of Buckingham Palace, where Queen Elizabeth II will be hosting a lunch in honour of Modi on Friday.

The Queen will greet Modi at the Grand Entrance of her London palace and then move on to inspect items from the Royal Collection, brought out specially for the Indian prime minister’s visit.

Soon after the lunch, Modi will make his way to Wembley Stadium to address a 60,000-strong audience at the UK Welcomes Modi event. 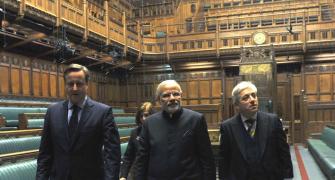 Lunch with the Queen, meeting with CEOs: Modi's busy second day in UK 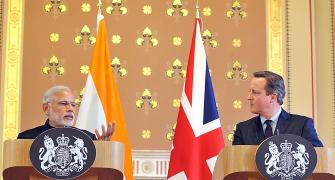 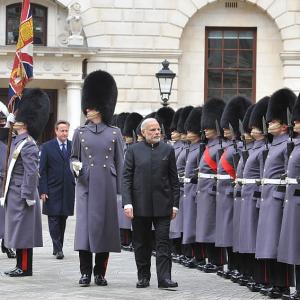 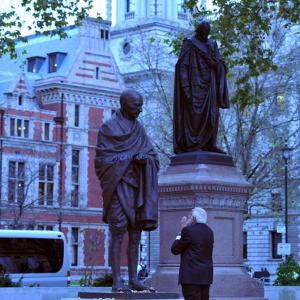