Musharraf may NOT return to Pakistan

Fearing arrest Pakistan's former military ruler Pervez Musharraf on Thursday decided not to return home from self-exile by this month end as promised, but said that he will take a decision after consultations with his party leaders.

Speaking at a press conference in Ilford, east of London, Musharraf said "I have to return no doubt whatsoever. My decision stands between the 27th and the 30th of January. My party leaders in Pakistan are looking at the implications of my return and will give me the recommendation whether to return or whether to postpone.   I have not had any  recommendations yet."

The former military ruler said he would fly to Dubai before going to Pakistan in any case.

Earlier, in Islamabad, Muhammad Ali Saif, a spokesman offormer President said, "Musharraf may not return to Pakistan this month."

The announcement came as the government made it clear that the 68-year-old former General, who has been declared a fugitive by a court will be arrested on his return to Pakistan.

An arrest warrant is pending against him for his alleged failure to cooperate in the probe of assassination of former Prime Minister Benazir Bhutto in 2007.

Musharraf who left the country in 2009 is also an accused in the killing of Baloch nationalist leader Akbar Bugti in a military operation in August 2006.

"Close friends are advising him against returning now," Saif told reporters. Leaders of Musharraf's All Pakistan Muslim League told the media that he had delayed his plans to return to Pakistan later this month after consulting friends and party leaders.

He sought to put a positive spin on the development by saying that Musharraf had been advised by his aides that his return at this juncture would provide "relief" to the government which is grappling with several crises.

Musharraf had announced earlier this month that he intended to fly into the port city of Karachi between January 27 and 30.

Interior Minister Rehman Malik told the Senate or upper house of parliament yesterday that Musharraf would be arrested under the law of the land whenever he arrives in Pakistan.

"The moment he lands, he will go to jail," he said. Leaders of his All Pakistan Muslim League said in Pakistan earlier today that he should put off his return because he would be arrested if he come back.

Musharraf's spokesman Saif said the former President was not afraid of such threats or the cases that have been filed against him in Pakistan.

"Musharraf is not afraid of being arrested. The authorities will have to treat him according to his status and the law," he said.

"The former President has never refused to appear before the courts. He will face the courts and the cases against him whenever he returns," Saif said.

Musharraf seized power in 1999 in Pakistan's third military coup but was forced to step down as President in August 2008 after the Pakistan People's Party formed a government following elections. He has been living in Dubai and London since April 2009. 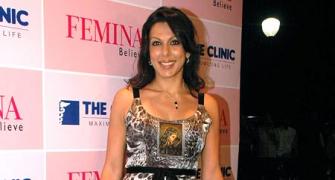 Farah Khan Ali tells Pooja Bedi to shut up?
Bhutto killing: 'Musharraf to be held when he returns to Pak' 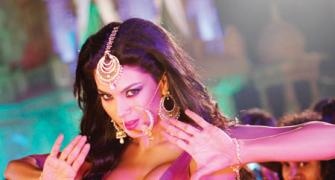