With the 30th anniversary of the demolition of Babri Masjid in Ayodhya and 65th death anniversary of Dr Bhimrao Ramji Ambedkar falling on December 6, the Mumbai police as a precautionary measure has announced prohibitory orders in Mumbai as part of its standard procedure from December 2 till January 2, 2023. IMAGE: Kindly note that this image has been posted for representational purposes only. Photograph: Sahil Salvi/Rediff.com

“The Mumbai police has been implementing these prohibitory orders since the last three months,” says a senior police officer from Mumbai.

“December 6 is also the anniversary of Babri Masjid demolition which many organisations in India celebrate as Black Day. And there will be a large gathering of Dr Babasaheb Ambedkar’s followers at Dadar Chowpatty on the same day. We expect a huge turnout and hence the additional precautionary measures to prevent a law and order situation in Mumbai,” says a DCP on the condition that she be not named.

The city witnessed large-scale rioting following the demolition of Babri Masjid on December 6, 1992, and the riots continued well until mid-January.

“The Mumbai police are always alert and we have been following a procedure to review the law and order situation every 15 days and extend the prohibitory orders,” says the DCP.

“There is no threat to law and order in the city. The extension of prohibitory order is just a regular precautionary measure and nothing more should be read into it,” says the DCP.

All other routine functions like marriage ceremonies, funeral gatherings, functioning of schools and colleges will remain outside the purview of these curfew orders, according to the DCP. Prohibitory orders to be imposed in Mumbai from Nov 1 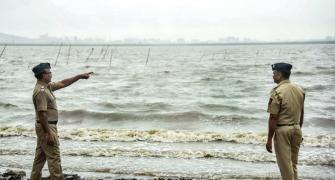 Wandering on streets late at night not crime: Court