News
Business
Movies
Sports
Cricket
Get Ahead
Money Tips
Shopping
Sign in  |  Create a Rediffmail account
Rediff.com  » News » Mumbai on high alert after men with arms seen near naval base

The navy, the anti-terror squad and the army are involved in a massive search operation. 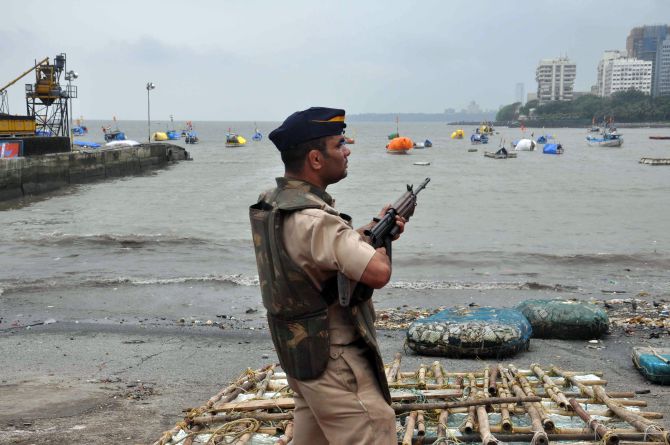 The entire security establishment is on a high alert in Mumbai after receiving specific inputs on Thursday, a top Indian Navy source told Rediff.com.

The alert came following the news that four to five people dressed in army fatigues were spotted by school going children in Uran, 50 kilometres from Mumbai.

WhatsApp messages circulating in the name of Colaba Police said that four-five unidentified men in army fatigues were seen in the Uran and Karanja area, which is close to the Jawaharlal Nehru Port Trust, and there are chances that they could sneak into Mumbai using the coastal route, the same way terrorists who unleashed terror in Mumbai on November 26, 2008 had used.

However, a cop stationed at the Colaba Police station denied such a message was being circulated by them.

Following the alert, the navy, sources say, is treating the information very seriously. The police, Maharashtra’s anti-terror squad and the navy are all involved in a massive search operation.

“We are in a high state of alert after getting some inputs which are now being corroborated. Nonetheless, we are securing our bases, sanitising our bases and none of these inputs can be discounted. Not just the Indian Navy but all the stakeholders whether it is the Maharashtra police, ATS, Indian Army or the Indian Air Force. Every stakeholder is involved and informed,” the naval source said.

The source also added that all necessary action and standard operating procedures were being implemented. “The navy is on a high state of alert and suffice to say that we are taking actions as per SOPs.”

Security has been beefed up at sensitive locations along the coast, including the Gateway of India, Raj Bhawan, Bombay High, Bhabha Atomic Research Centre and other major establishments near the sea.

The alert came amid heightened tension between India and Pakistan over the Uri army camp attack last week, in which 18 Indian soldiers were killed by suspected Pakistani terrorists.

Commander Rahul Sinha, chief public relations officer, defence, Indian Navy, said, “A report that some suspicious persons have been sighted early morning of September 22 in Uran, Maharashtra was received. As per the report, 5-6 persons were sighted in pathan suits and appeared to be carrying weapons and backpacks.”

“Indian Navy’s Western Naval Command expeditiously reacted to the situation by first initiating an alert and informing all coastal security stakeholders. Searches and other actions as per procedure have been initiated. The situation is being closely monitored in liaison with the Police. No person has been located or apprehended till now,” he said.

Teams of elite anti-terror commando force National Security Guard have been deployed in three locations in Mumbai and another team has been kept ready in Delhi to be flown if required.

Teams of NSG, drawn from its Mumbai hub, positioned at three locations in Mumbai and another team is on alert at NSG base in IGI airport in Delhi, official sources said.

Precautionary action taken in Mumbai to cut down reaction time in case of any emergency situation, sources said.

Image: A policeman stands guard near Badhwar Park, the location of landing of 10 Pakistani terrorists on 26 November 2008, in Mumbai on Thursday. Photograph: Sahil Salvi 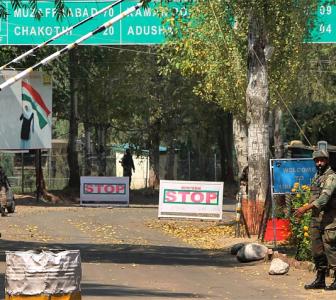 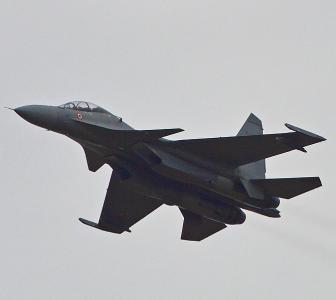 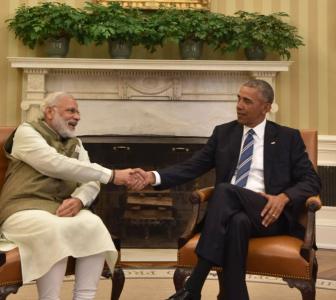