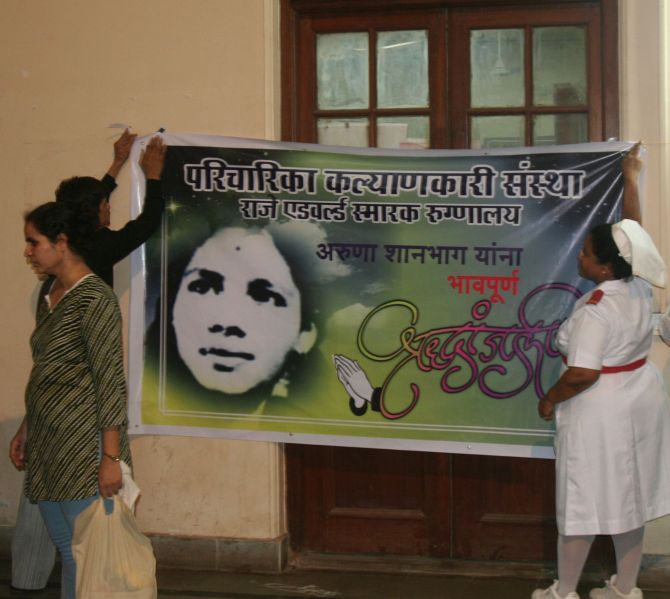 Aruna Shanbaug, the young nurse who was raped and gagged with a dog chain that left her in a coma for 42 years and made her the face of a debate on euthanasia in India, died on Monday, bringing to an end one of the most tragic journeys of a victim of sexual assault.

It also brought to a close the painstaking, selfless service rendered by the fellow nurses of Mumbai’s King Edward Memorial Hospital who never gave up hope and nursed her despite the Supreme Court verdict allowing “passive euthanasia”.

Aruna, 66, probably one of the longest living comatose patients, was on ventilator support in the ICU of KEM Hospital after she suffered a serious bout of pneumonia last week.

Aruna, whose dream of nursing the infirm and the ailing back to health had died young on November 27, 1973, when she was sexually assaulted, battered and strangled by ward boy Sohanlal Bhartha Walmiki, could not survive the infection and died early Monday morning.

She had also suffered grave injuries to her spine, while the stifling cut off oxygen supply to her brain, rendering her to a vegetative state for life.

Sohanlal was caught and convicted, and served two concurrent seven-year sentences for assault and robbery, but neither for rape nor sexual molestation, nor for the alleged offence of “unnatural sex”.

Aruna, who was ever since be confined to a hospital bed, occupied a room attached to ward No.4 on the ground floor of KEM Hospital and the hearts of the staff and nurses there who foiled an attempt by the city’s municipal body to evict her in the 1980s.

As the KEM nurses toiled to keep her alive, a journalist Pinki Virani moved the Supreme Court with a euthanasia plea to rid Aruna of unremitting agony.

On January 24, 2011, the Supreme Court set up a medical panel to examine her. The committee concluded that Aruna met most of the criteria of being in a permanently vegetative state.

While turning down the plea of mercy killing on March 7, 2011, the apex court, however, allowed “passive euthanasia” of withdrawing life support to patients in permanently vegetative state. It rejected outright active euthanasia of ending life through administration of lethal substances.  Refusing to grant permission for mercy killing of Aruna, the court had laid down a set of tough guidelines under which passive euthanasia can be legalised through a high court-monitored mechanism.

That day, the nurses of KEM Hospital rejoiced and cut a cake to mark Aruna’s “rebirth”.

Last Tuesday, Aruna was wheeled out of her room one last time when the nurses attending to her saw she had difficulty breathing. She never came back.

Reacting to the news of her death, Virani said, “Aruna got justice after all these painful years. She has found release and peace.”

Virani had narrated the harrowing lifestory of Aruna in her 1998 non-fiction book called Aruna's Story, while Duttakumar Desai wrote the Marathi play, Katha Arunachi in 1994–95, which was staged under director Vinay Apte in 2002.

As the news of her death spread, condolences poured in.

“The news of the demise of Aruna Shanbaug is extremely painful. One feels as if one has lost a family member.  The incident of the brutal attack on Aruna Shanbaug that forced her to live in a vegetative state for all these years was heart wrenching for the entire society. May her soul rest in eternal peace,” Maharashtra Governor C Vidyasagar Rao said in a condolence message.

Chief Minister Devendra Fadnavis praised the “humanity” shown by KEM nurses who took Aruna’s care after her own sister expressed inability due to financial hardship.

“My deepest condolences on the sad demise of Aruna Shanbaug. It was painful to see her suffering. I salute the humanity shown by KEM nurses,” Fadnavis tweeted.

“Aruna dreamt of nursing but had to spend her entire life on a hospital bed. It was cruel fate but she fought fate with determination. With her death, the struggle has ended,” read a pithy message from state Congress chief Ashok Chavan.

Image: Nurses and staff at KEM Hospital prepare for the last rites of their 'sister' Aruna Shanbaug. Photograph: Reuben NV/Rediff.com 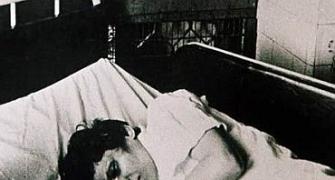 SC says no to mercy killing for Aruna Shanbaug 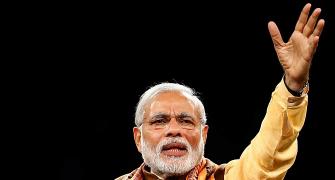