A special TADA court in Mumbai on Tuesday rejected the application of gangster Abu Salem, seeking closure of his trial, after the Central Bureau of Investigation said it had challenged the order of Portugal supreme court, which had terminated his extradition to India in that country's constitutional court.

Salem had filed the application on January 17, after the Portugal supreme court upheld the order of a lower court there terminating his extradition for violation of deportation rules by Indian authorities.

"We have challenged the order of Portugal supreme court in the constitutional court. (Hence) the trial of Salem in 1993 Mumbai serial blasts case (at TADA court) should go on," CBI lawyer said.

Cancellation of extradition was a matter between the two governments and it should not stop the trial, the CBI said.

The court of appeal in Lisbon had held that there was a breach of "rule of specialty".

At the time of Salem's extradition, India had assured Portugal that no charges attracting death penalty, or imprisonment for more than 25 years would be pressed against him, but such charges were later pressed.

Reacting to the order, the CBI had then claimed the Portugal supreme court had not cancelled the extradition per se.

Salem is currently lodged in Arthur Road Jail in Mumbai. Following Portugal SC's order, he applied to TADA court, saying that trial against him should be closed.

46-year-old Salem, a key accused in 1993 Mumbai serial blasts case, and his girl friend Monica Bedi were extradited to India from Portugal on November 11, 2005, after a legal process lasting three years.

The extradition of Salem, who was also wanted in various cases including the murder of noted film producer Gulshan Kumar, came after an assurance by the Indian government to Portugal that he would not be given death penalty, a key requirement for extradition from European countries.

The Delhi and Mumbai Police, however, slapped charges which attracted death penalty.

The Delhi Police had then moved the Delhi high court seeking withdrawal of MCOCA charges against Salem. 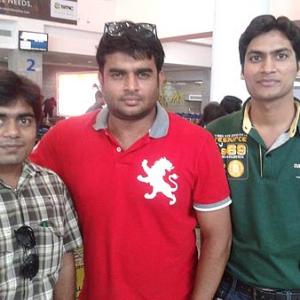