A sessions court in Mumbai has dismissed a criminal defamation complaint filed by a Mumbai police officer against Republic TV editor-in-chief Arnab Goswami over certain claims made during the coverage of the Sushant Singh Rajput death case. 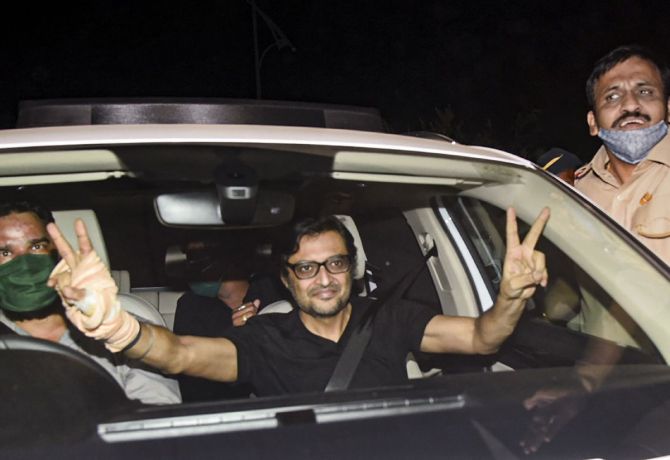 The plea, by Deputy Commissioner of Police (DCP) Abhishek Trimukhe, was dismissed by the court on April 1, but a detailed order was made available on Thursday.

Trimukhe's complaint had also named ARG Outlier Media Pvt Ltd, which owns Republic Media Network, and Goswami's wife, who is a director in the company.

The complainant had alleged that there were some tweets by Goswami and others which misrepresented him.

Additional sessions judge Uday Padwad found that Trimukhe's complaint was not in conformity with the mandatory requirement ofsection199(2)of the Code of Criminal Procedure for the court to take cognisance.

As per provisions of 199(2) of the CrPC, any offence falling under Chapter XXI of the Indian Penal Code (45 of 1860) is alleged to have been committed against a public servant in connection with the discharge of his public functions, a court of session may take cognisance of such offence upon a written complaint by a public prosecutor.

Upon perusal of the complaint submissions made before the court, the judge noted the complaint in this case was filed by the DCP himself and not through a public prosecutor.

The judge, however, said the complainant can take his grievances to a magistrate court.

"It is not that the aggrieved public servant against whom the said offence is alleged to have been committed has no forum to take his grievances to. He has the remedy to make a complaint before the competent magistrate," the court said.

"His filing of the complaint even through the public prosecutor, however, would not confer any jurisdiction on this court to take cognisance of the alleged offence," it added.

The DCP had filed the complaint in February under Indian Penal Code sections 499, 500 (defamation) and 501 (printing or engraving matter known to be defamatory).

Goswami made 'grossly false', 'malicious' and 'defamatory' statements during the coverage of actor Rajput's death in June last year, the police officer had claimed.

The 34-year-old Bollywood actor was found dead in his apartment in suburban Bandra.

These defamatory statements were telecast on the channel, Republic Bharat, during a discussion about phone records of actor Rhea Chakraborty, Rajput's girlfriend, the complaint said.

'The said defamatory attacks have been made with a singular view of assassinating his (Trimukhe's) official character and thereby...maliciously and deliberately causing undue humiliation of the Mumbai Police Department,' the complaint had said.

Goswami also tweeted the contents of the telecast to a larger audience, the complaint said.

The Bombay high court on Friday extended its earlier order granting interim protection to Republic TV Editor-in-Chief Arnab Goswami and exempted him from appearing before a magistrates court at Alibag in Raigad district in connection with an abetment to suicide case.

Goswami and two others Firoze Sheikh and Nitish Sarda are accused of abetting the suicide of Alibag-based interior designer Anvay Naik in May 2018 over alleged non-payment of dues by the companies of the accused persons.

The trio has moved the high court seeking to quash the first information report and subsequent chargesheet filed by the police against them.

They had sought interim protection and exemption from appearance before a magistrates court in Alibag, a coastal town in Raigad district located around 100km from Mumbai.

The accused persons have to appear before the magistrates court for committal of trial in the case to a sessions court.

The high court had on March 5 granted the three accused persons exemption from appearance before the court and said it would hear the petitions on April 16.

Goswami's counsel Sanjog Parab on Friday told the court that since April 16 has been declared as a holiday by the high court, the petitions could be heard later.

The interim order granting the petitioner (Goswami) exemption may be extended as the next date before the magistrate is April 26, Parab said.

A division bench of Justices S S Shinde and Manish Pitale agreed and said it would hear the petitions on April 23.

Accordingly, we extend the interim relief of exemption from appearance until further orders, the court said.

Goswami and the other two accused were arrested on November 4, 2020.

After the arrest, they had sought urgent bail from the high court which rejected their pleas following which they moved the Supreme Court. 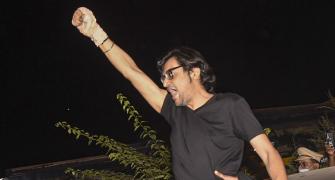 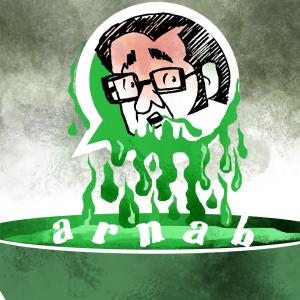 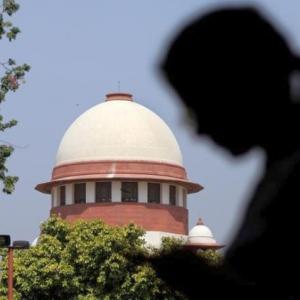