Investigators continue to remain tight-lipped about which terror outfit was responsible for the serial blasts that claimed 18 lives in Mumbai on Wednesday night. But sources claim that vital clues about the involvement of a sleeper cell of the Indian Mujahideen have emerged in the course of the probe.

"We need to take into consideration all aspects about this case and the clues are leading to the role played by the IM and some members of the Student's Islamic Movement of India," said an official pursuing the probe.

The outlawed SIMI has always been the feeder cadre for the IM and there have been reports of both groups working together. Although most members of SIMI refuse to adopt violent methods, some members of the outfit believe that it is the only way out.

A faction of the SIMI, under the leadership of Safdar Nagori, has always believed in radical means. This group also enjoys the support of the Inter Services Intelligence, say sources.

Abdus Subhan, once the editor of an English magazine published by SIMI, was one of the members deeply influenced by Nagori's ideology.

According to sources in intelligence agencies, he had slipped back into India from Pakistan after a series of terror attacks had rocked India in 2008.

In a recent interview, former SIMI president Dr Shahid Badr Falahi claimed that a witch-hunt was going on against the organisation and the government only wanted to ensure a ban on the outfit.

Speaking on the investigation, police sources have revealed that they are trying to track down three people who were captured by CCTVs near Opera House. These men were seen talking on their cell phones for a very long time. The police are currently trying to put together enough information to prepare their sketches.

Meanwhile, people close to SIMI and IM members are being interrogated as the police want to know if they had been in touch with these operatives recently.

"We are still tracking some people who could have had something to do with these blasts," said an official of the Intelligence Bureau.

The forensics team, which had analysed the composition of the improvised explosive devices, found a mixture of TNT, ammonium nitrate and fuel.

According to sources, the bomb was triggered off by a cell phone and it is obvious that the bomb was put together by a professional.

Since most of the expert bomb-makers of these outfits in India are behind bars, investigators are exploring the possibility that the bomb-maker may be from another country. 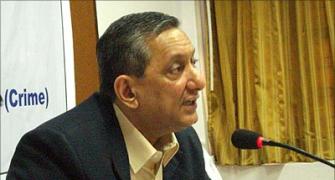 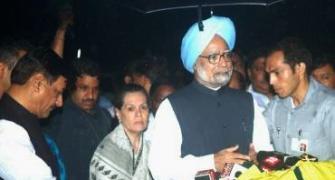 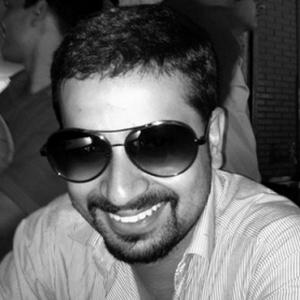