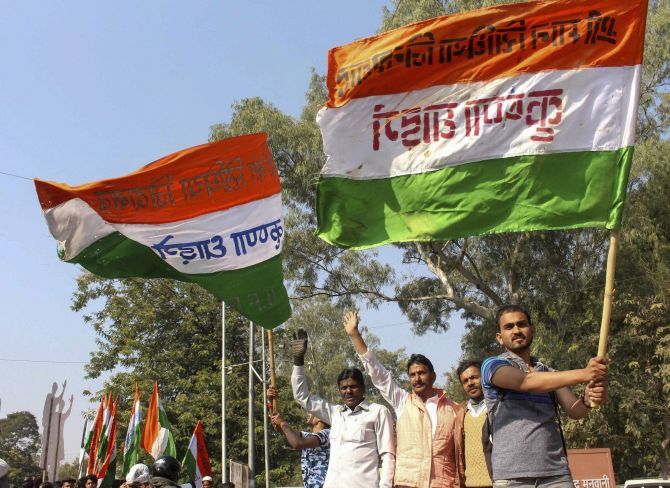 The party claimed it has the support of the independent candidates also.

'The Congress party has emerged as the single largest party with a majority support. All the independents have in addition assured support to the Congress party,’ the letter said.

'As the president of Pradesh Congress Committee, I seek an appointment with your Excellency late tonight, as soon as the results are officially declared along with my senior leaders to apprise you and seek your permission to form government in the state of Madhya Pradesh,’ Nath said in the letter.

However, the party was told by Governor House that an appointment will be given only after the situation is made clear by the Election Commission.

The Bharatiya Janata Party, on the other hand, won 81 seats and was leading in 29 more

According to Election Commission, the Bharatiya Janata Party has so far won 93 seats in the 230-member Madhya Pradesh Assembly, while the Congress has bagged 95. 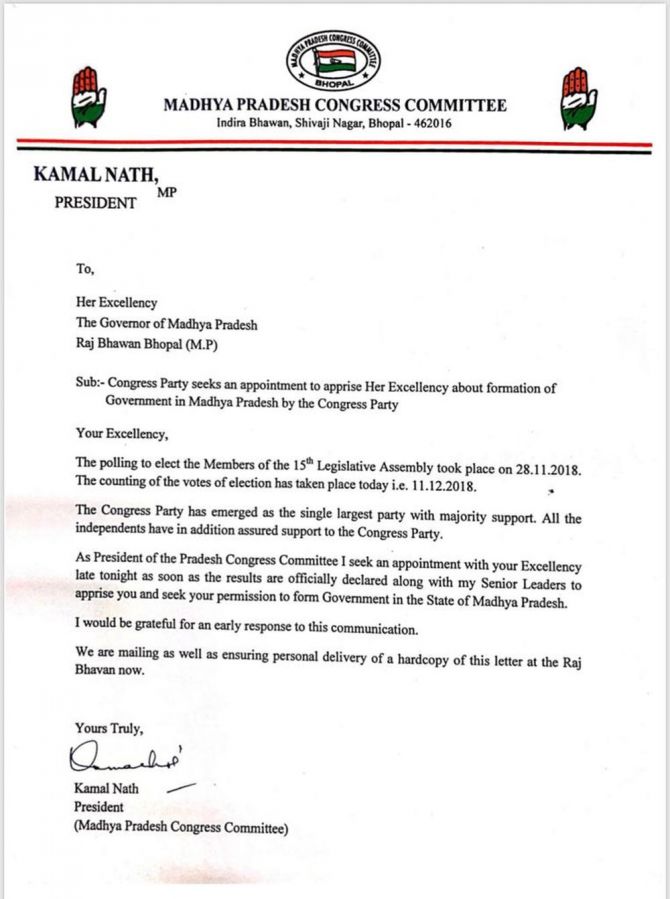 Three seats have been won by independent candidates.

The BJP, which ruled the state for three straight terms, is leading on 16 seats and the Congress on 19, according to latest trends.

The Samajwadi Party won one seat, the Bahujan Samaj Party is leading on two seats, and independent on one, trends showed.

As the state Madhya Pradesh appeared headed for a cliffhanger, small parties and independents may play a crucial role in deciding who forms the next government.

Counting for the elections, held on November 28, began at 8 am Tuesday, a poll official said.

In the 2013 poll, the BJP had won 165 seats, securing a comfortable majority in the Assembly, while confining the Congress to 58 seats.

This time, smaller parties like the BSP, the SP and a tribal political outfit Gondwana Gantantra Party and independents might play a crucial role if the elections throw up a hung House.

Following is the party position in the outgoing House: BJP-165, Congress-58, BSP-four and Independents-three. 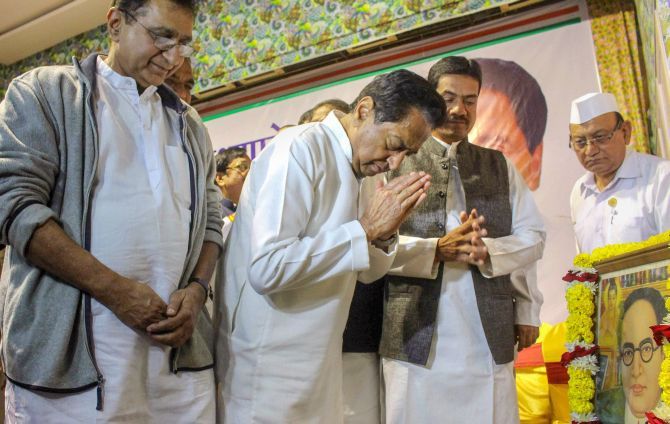 When Kamal Nath was named the Congress chief in Madhya Pradesh in April ahead of the assembly polls, many in the party recalled that former prime minister Indira Gandhi described him as her ‘third son’ who helped her take on the Morarji Desai-led regime in 1979.

39 years later, the senior-most member in the 16th Lok Sabha donned the battle gear to help Indira Gandhi's grandson and Congress president Rahul Gandhi make huge gains for the opposition party in the central Indian state where Shivraj Singh Chouhan is the longest-serving chief minister of Madhya Pradesh and at the helm since 2003.

Along with Jyotiraditya Scindia, Nath, 72, was tasked with reviving the fortunes of the opposition Congress in Madhya Pradesh, where the party has been out of power since 2003 and had to face a BJP onslaught in the final days of electioneering.

The BJP attacked Nath after an audio-video clip went viral in which he was heard asking clerics to ensure 90 per cent voting in the state's Muslim-dominated areas to ensure a Congress victory.

Nath is a nine-time Lok Sabha MP from Chhindwara.

People in Chindwara refer to the district as an 'oasis' in the dirt. There are also references like 'keechad mein kamal'.

Indira Gandhi once introduced Nath in Chhindwara, saying, "This is my third son. Please vote for him," recalled senior journalist Sunil Shrivastava, who covered that election meeting.

When Nath was chosen by Rahul Gandhi as the state Congress chief in April over Jyotiraditya Scindia, the Lok Sabha member from Guna and scion of the erstwhile Gwalior dynasty, the MP Congress unit was riddled with factionalism.

Nath made efforts to bring together senior party leaders -- former MP chief minister Digvijay Singh, Scindia and Suresh Pachouri -- well aware that groupism may have had a role in keeping the party out of power for the last 15 years.

He ensured that regional satraps got representation in the allotment of tickets.

The Congress also made judicious use of the energetic Scindia to pull voters towards the party by appointing him the state campaign committee chief.

After the ticket distribution, the state Congress roped in Digvijay Singh to quell dissent in the party.

The state Congress was able to withdraw most of its rebels from the election arena, an area in which the BJP did not fare well.

As electioneering started, Nath trained his guns on the BJP, knowing that Chouhan's popularity, built over schemes for every section of society, needed to be countered.

Under Nath's leadership, the state Congress focused its campaign on ‘unfulfilled’ promises of Chouhan, whom the party dubbed as ‘ghoshna veer’ (a man of hollow promises), a term that sparked street debates over the fate of schemes announced by Chouhan.

As the electioneering gained momentum, the state Congress launched the slogan ‘Waqt hai badlav ka’ (it’s time for change) to pull voters towards the party.

Born in Kanpur in Uttar Pradesh to businessman father Mahendra Nath and mother Leela, Nath is an alumnus of the prestigious DoonSchool (at Dehradun in Uttarakhand) did his graduation from St Xavier's college, Kolkata, before taking a plunge into politics. 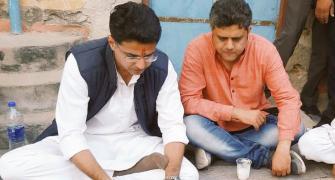 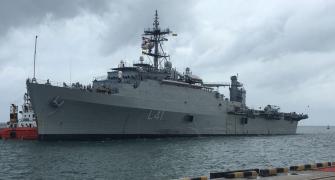 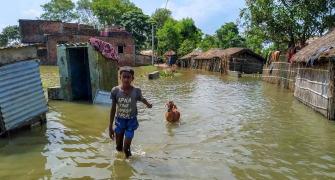 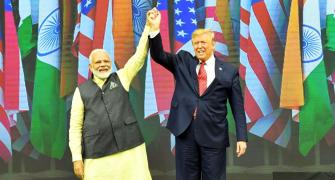 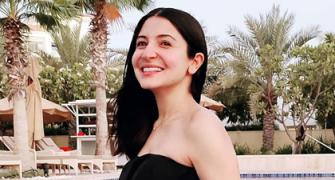