Madhya Pradesh Congress president Kamal Nath on Tuesday hosted a 'Hanuman Chalisa' recital at his residence in Bhopal and announced sending 11 silver bricks for the construction of a Ram temple in Ayodhya, on the eve of the 'bhoomi pujan' ceremony. 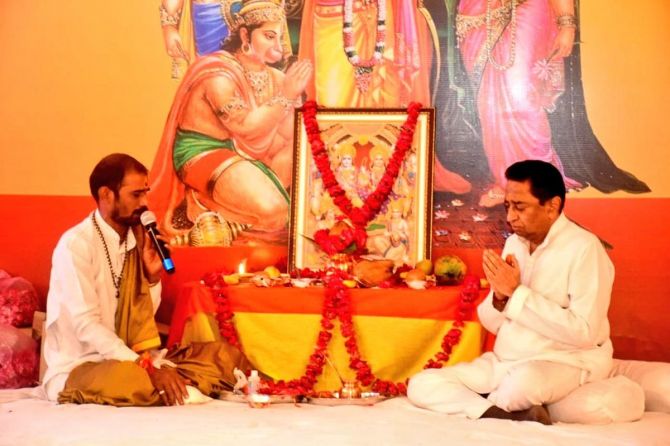 Nath said the silver bricks were bought from contributions made by members of the Congress.

"We will send 11 silver bricks for the construction of a Ram temple in Ayodhya on the behalf of citizens of Madhya Pradesh," the former chief minister told reporters.

He said 'Hanuman Chalisa' was recited for happiness, progress and prosperity of Madhya Pradesh.

Welcoming the upcoming construction of a Ram temple, Nath said its foundation had been led by prime minister (late) Rajiv Gandhi 'who had opened the Ram Janmabhoomi temple site in 1985'.

"These are our sentiments... Rajivji had said in 1989 that 'Ram Rajya' should come in the country. It's due to Rajiv Gandhi that the dream of Ram temple is coming true. Had he been alive, he would have been very happy," Nath said.

The former CM also listed various works done by his government, which collapsed in March this year, for the protection of cows and development of temples.

"I had installed a huge idol of Lord Hanuman in Chhindwara. We built 'gaushalas' or cow shelters when in power. We also removed obstacles that came in the way of construction of 'Ram Van Gaman Path' (a mythological route taken by Lord Ram on his way to the 14-year exile). We had also planned the development of Mahakal and Omkareshwar temples," he said.

Earlier in the day, Nath posted his picture clad in saffron on his Twitter profile.

However, the ruling BJP took a swipe at the Congress, saying it was trying to take undue credit for the Ram temple.

"How can the party whose president Sonia Gandhi has not spoken a word about Ram temple is trying to take credit? Devotees of Lord Ram understand this politics of the Congress," said state Home Minister and senior BJP leader Narottam Mishra.

He also referred to Congress veteran Digvijaya Singh's demand to postpone the Wednesday's foundation laying ceremony in Ayodhya in view of 'inauspicious muhurat'.

"Construction of a Ram temple in Ayodhya is part of the BJP's agenda," said Mishra. 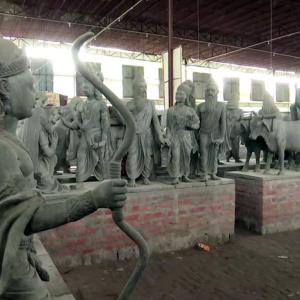 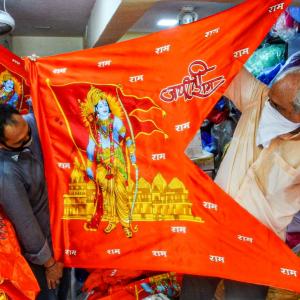