Curfew was clamped in the entire Khargone city of Madhya Pradesh and 77 people were arrested after stones hurled at a Ram Navami procession triggered arson, officials said on Monday. 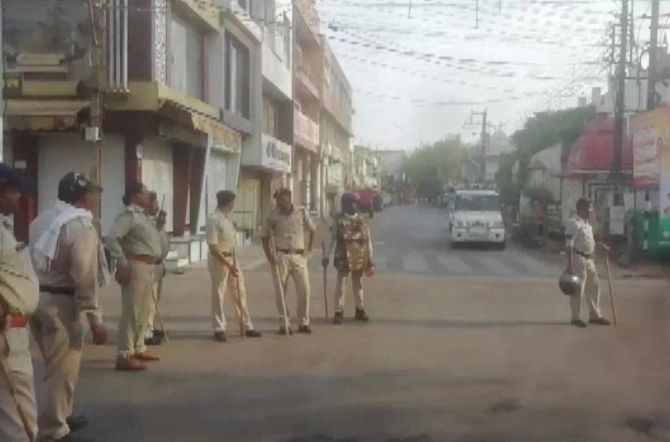 Khargone's Superintendent of Police Siddharth Choudhary received a bullet injury in the violence and besides him, at least 24 people, including six policemen, were also injured, they said.

The police had to fire tear gas shells to control the situation after stone-pelting took place during a Ram Navami procession on Sunday.

Chief Minister Shivraj Singh Chouhan termed the incident as unfortunate and said the damages caused to public and private properties will be recovered from rioters.

The rioters have been identified and will not be spared. Strict action will be taken against them. There is no place for rioters in Madhya Pradesh, he said.

"We have passed the Damage to Public and Private Property Recovery Act. We are constituting a claim tribunal under the Act and after assessing the loss, its recovery will also be done from rioters,” Chouhan said in a statement.

A similar stone-pelting incident was also reported during a Ram Navami procession in Sendhwa town of Barwani district where a police station in-charge and five others were injured. The situation was later brought under control, according to officials.

In Khargone, curfew was clamped in the entire city on Sunday evening following the incident, as per an order issued by the office of Khargone Collector Anugrah P.

When the Ram Navami procession started from the Talab Chowk area near the district headquarters, stones were pelted at the gathering, prompting the police to fire tear gas shells to control the situation.

The procession was supposed to take a round of Khargone city, but it was abandoned midway after the violence, Khargone Additional Collector Sumer Singh Mujalde earlier said.

According to the district collector, the situation is now under control and citizens have been asked to step out of home only for medical emergency.

She also said that strict action will be taken against those sharing objectionable messages and videos of the Khargone incident on social media.

Madhya Pradesh Home Minister Narottam Mishra said 77 people have been arrested so far in connection with the violence in Khargone and that the MP government will not allow anyone to disturb peace in the state.

”Peace has been restored in Khargone. Curfew has been imposed in the city...rioters are being identified and 77 of them have been arrested,” said Mishra, who is also the state government's spokesperson.

Besides the SP, six other police personnel were also injured, he said.

A citizen, Shivam Shukla, received serious head injuries and is undergoing treatment, but the condition of all others is normal, he said.

The situation in Sendhwa town of Barwani is also under control, the minister added.

The Khargone district administration in a tweet said for any urgent work, except medical emergency, one can seek permission from the SDM office, tehsil office and Kotwali police station.

The examinations of class 8 as well as of graduation and post-graduation courses of colleges in Khargone city, scheduled on Monday, have been postponed till further orders, it said in another tweet.

Mishra said, ”The houses from where stones were pelted will be turned into rubble. The state government's stand is clear and nobody will be allowed to disturb the peace here."

Some people who are hurt by the outcome of the recent assembly elections in five states are now instigating the violence, the minister claimed.

”They want to disturb peace in the state and the country. Even from these (assembly poll) results, such people have not understood what the country wants,” he said.

Deputy Inspector General, Nimar Range, Tilak Singh told reporters that 24 people, including six policemen, were injured in the violence and their medical examination was conducted.

”The situation has been under control after 2 am today and no complaint has been received. Police patrolling is on. A search operation was carried out and more than 70 people have so far been rounded up,” he said.

He urged the people to stay at home and facilitate police to nab the anti-social elements involved in the incident.

State Agriculture Minister Kamal Patel, who is also in-charge of Khargone district, in a tweet said he has directed the officials to take strict action against rioters.

In Barwani, Sendhwa police station in-charge Baldev Singh Mujalde and five others were injured during stone-pelting at a Ram Navami procession on Jogwada Road on Sunday, Superintendent of Police Deepak Shukla told reporters.

The police controlled the situation immediately. The procession continued after the incident and concluded peacefully, he said.

To a question, the official said rioters tried to set some vehicles ablaze, but the fire brigade reached on time and controlled the situation.

He said those involved in the incident were being identified and further action will be taken accordingly. 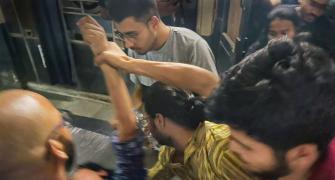 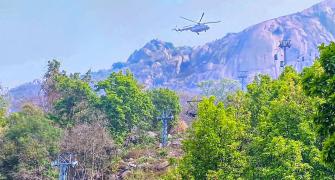 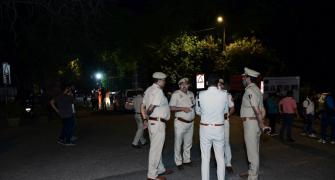 FIR against ABVP students over clash on Ram Navami 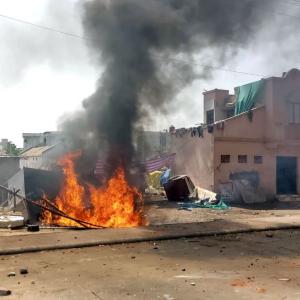 Clashes on Ram Navami: 1 dead in Guj, curfew in MP 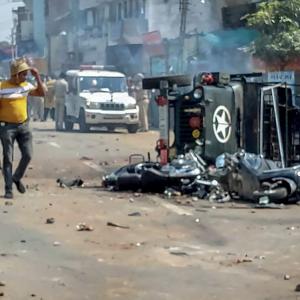