Uttar Pradesh Bharatiya Janata Party’s working committee member Ram Iqbal Singh on Thursday said there would have been no agitation by farmers had the Centre consulted them before enacting the new agricultural laws. He also urged the government to bring a law guaranteeing the minimum support price (MSP) for farmers.

Thousands of farmers are camping at Delhi's border points in Tikri, Singhu and Ghazipur to demand that the Centre repeal the three farm laws that were enacted in September last year and make a new law guaranteeing MSP for crops.

Speaking to reporters in Ballia in UP, Singh said the Modi government should have consulted the farmers before enacting the new agricultural laws.

Had the farmers been taken into confidence by the government before bringing these laws, there would have been no agitation over the issue, he said.

The former MLA also urged the Modi government to enact a law guaranteeing MSP to farmers.

He said the denial of MSP to farmers for their produce should be made a cognisable offence.

The recent hike in MSP is not in accordance with the rise in prices of diesel and fertilisers and farmers will suffer losses due to this, he added.

The government had increased the MSP of six rabi crops in September last year.

Singh also claimed that the situation in police stations and tehsils in Uttar Pradesh under the Yogi Adityanath government is "bad".

He said he had raised the issue in a meeting of the state working committee of the BJP held recently in Lucknow.

The protesting farmers, on the other hand, have expressed apprehension that the new laws would pave the way for eliminating the safety cushion of MSP and do away with the 'mandi' (wholesale market) system, leaving them at the mercy of big corporates. 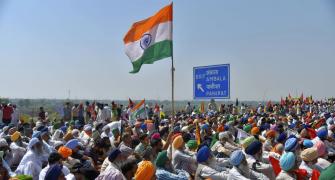 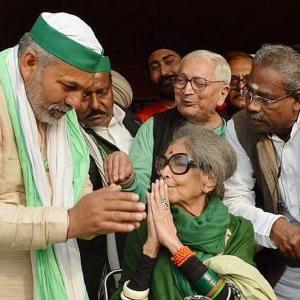