Gujarat Chief Minister Narendra Modi will make his first appearance as member of BJP's Central Election Committee which meets in New Delhi on Friday to decide on the party candidates for the May 5 Karnataka elections.

This will be Modi's first major participation in the party's affairs at the national level as the committee takes a final call on the candidates it plans to field in Karnataka.

He was appointed as member of the BJP parliamentary board, its highest decision-making body, and also a member of the party's Central Election Committee by BJP President Rajnath Singh when he announced his new team on March 31.

The BJP which formed its first government in any southern state has been on the backfoot ever since its former Chief Minister B S Yeddyurappa quit and formed his own party.

Karnataka will go to polls on May 5 to elect its 224-member assembly and counting of votes will be held on May 8. The tenure of current Karnataka assembly expires on June 3.

There are a total of 4.18 crore voters in Karnataka. 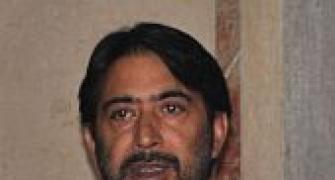 Three more MLAs walk out of BJP in Karnataka