The unfolding miseries of millions of poor people in the world's largest coronavirus lockdown is the 'greatest man-made tragedy' in India since Partition, says author and historian Ramchandra Guha. 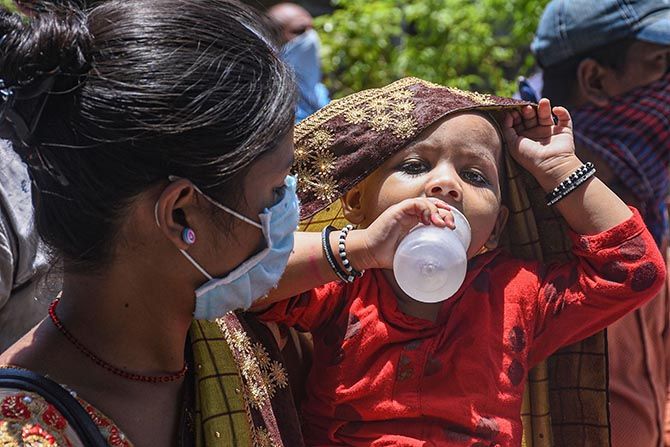 IMAGE: A mother looks at her child drinking water while waiting along with other migrants for city buses to reach a railway station, in Surat, on Monday. Photograph: PTI Photo

Cautioning that there will be social and psychological consequences for the rest of the country too, he said the migrant tragedy could have been averted or at least minimised if Prime Minister Narendra Modi had given them a week's notice to return home before the lockdown kicked in.

"It is probably not as bad as Partition, for at that time there was also horrific communal violence. But it is nonetheless the greatest man-made tragedy in India since Partition," Guha told PTI in an interview.

In a televised address on the evening of March 24, Prime Minister Modi announced a 21-day nationwide lockdown from midnight that day.

The lockdown measures included banning train services, road transport and air travels to stem the spread of the novel coronavirus.

The lockdown was extended thrice but certain relaxations have been allowed since late April.

"I have no idea about how the prime minister took the decisions he did. Did he consult with knowledgeable officials, or take inputs from his cabinet ministers? Or did he act unilaterally?" asked the author of books such as Redeeming the Republic and India After Gandhi.

Even now, he added, the situation can be 'slightly' salvaged if the prime minister chooses to adopt a more consultative approach, and takes advice from the best minds in the country, including those in the Opposition.

"But I rather fear that he won't. His cabinet ministers are busy shifting the responsibility to the states for cleaning up a crisis the Centre has created," the noted historian added.

Days after the lockdown came into force, lakhs of migrants, including daily wage workers, walked, cycled or hitchhiked to their home states hundreds, sometimes thousands, of kilometres away.

Two months on, the exodus from cities and towns across India continues.

The images of their struggle for survival shook the nation and made global headlines, raising questions about the government's handling of the situation.

Arguing that the tragedy could have been averted if Modi had given the migrant workers at least a week's notice to return home, Guha said, "That he or his advisers did not think of the consequences of a lockdown at four hours notice is mystifying. They bear direct responsibility for the humanitarian tragedy that has since unfolded."

"Had the migrants been allowed to go home in mid March, when few had COVID-19 (cases), they would have been safely re-integrated with their communities. Now, with so many of them infected, they are carriers of the disease," he said.

Discussing the impact of the migrant crisis on the economy, he said it would have a cascading effect.

"The economy was already in a shambles before the pandemic, and now it is in a state of near collapse. The unemployment rate is in the region of 25 per cent.

"The social and psychological dimensions are also important; now, migrants who have after so much trouble and suffering finally returned home will be unwilling to return to factories and cities in search of work," the economist said.

To a question on overall challenges such as a crumbling economy, allegations of threat to its founding principles and the pandemic facing the country, he said he is today more pessimistic about India than he has been ever been.

"This is the greatest crisis India has faced since Partition. Then, we had towering politicians like Nehru, Patel, and Ambedkar; and great, selfless social workers like Kamaladevi Chattopadhyay and Mridula Sarabhai," he said.

"These leaders set aside their personal and political differences to work together to unite India and rebuild its society and economy. Now, when we face a crisis of comparable magnitude, those in power at the Centre can think only of building their individual brand or promoting the interests of their own party," Guha observed.

"Unless that changes, and changes soon, our future seems terribly bleak," he said.

The Indian economy, Asia's third largest, has been hit hard by the nearly two-month lockdown of 1.3 billion people.

Lakhs of people have lost their livelihoods while numerous sectors, including tourism, service industry, retail trade, real estate and manufacturing, are staring at a grim future due to huge losses.

On May 12, Modi announced a Rs 20 lakh crore stimulus package to revive the economy. It is not clear yet how far it will impact to bring back the economy on its tracks.

According to an assessment by the Reserve Bank of India, the economy is expected to contract for the first time in nearly 40 years, due to demand compression and supply disruptions. 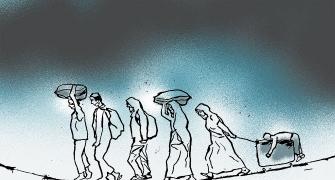 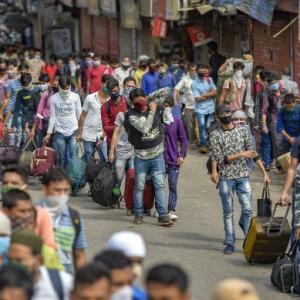