'May be PM meant meditate and Trump heard mediate'

Confusion between 'mediate' and 'meditate' might have led United States President Donald Trump to believe that India wanted him to intervene in the Kashmir issue, senior Congress leader Salman Khurshid quipped on Thursday. 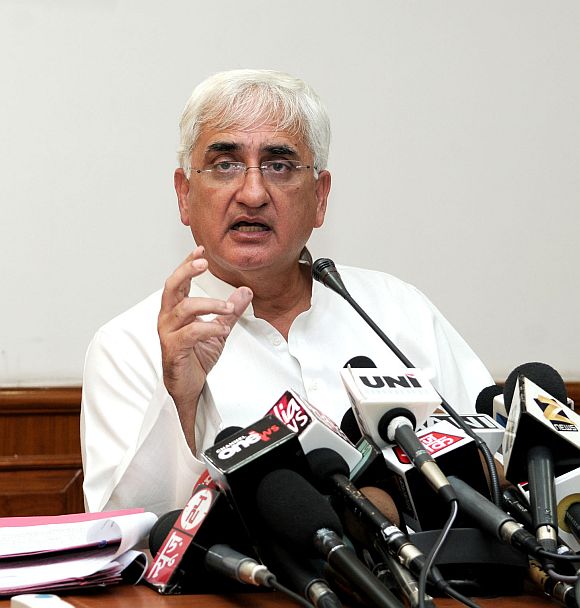 India has denied Trump's claim that Prime Minister Narendra Modi requested him to mediate between India and Pakistan for resolving the Kashmir issue.

Khurshid was speaking at the launch of his book "Visible Muslim, Invisible Citizen: Understanding Islam in Indian Democracy" in Mumbai.

Referring to the controversy, the former external affairs minister said in a lighter vein, "May be prime minister Modi wanted to say why don't you meditate for yoga, and he thought Modi was asking to mediate.

"It was a problem of communication. But diplomacy is all about communication and if you are not able to communicate properly, what kind of diplomacy you are having," he added.

"He has a very outstanding record and we have such a bright foreign minister, who has left remarkable legacy behind him (as foreign secretary). But I can say only sorry for him," Khurshid added.

During an interaction which followed the book release, Khurshid fielded questions about what it means to be Muslim in contemporary India.

"Muslims are gradually disappearing from the public discourse and we need to have a deep understanding why it is happening," he said.

However, floating a party specially for Muslims won't help, he said.

Religious and political leaders should join hands to offer a modern interpretation of Islam, as done by poet Allama Iqbal in the past, Khurshid said.

Islam is a very flexible religion and its flexibility allows its followers to do anything if their intentions are pure, Khurshid opined.

He also stated that there are a lot of non-Muslims "who have always stood behind Muslims and have supported them", and majority of Hindus and Muslims believe in the Constitution. 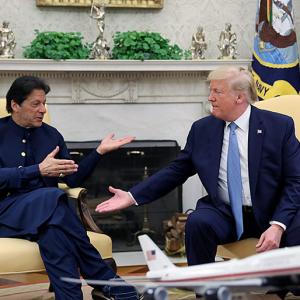