Mauritius President Rajkeswur Purryag is among the 15 persons and organisations selected for the Pravasi Bharatiya Samman awards for this year.

Purryag, who has ancestral roots in India, has been selected for his public service, Union Minister for Non-Resident Indian Affairs Vayalar Ravi said announcing the awards on Wednesday.

President Pranab Mukherjee would confer the awards to his Mauritian counterpart and others at the valedictory session of the 11th edition of Pravasi Bhartiya Divas, India's annual event to connect with its diaspora, in Kochi on Wednesday evening.

A new phase in Indo-Japanese ties? 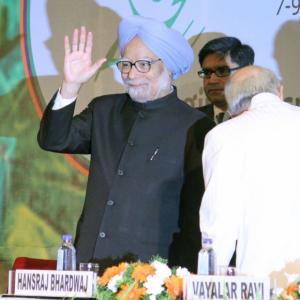