The Bharatiya Janata Party on Thursday said Union Textiles Minister Dayanidhi Maran's continuation in the cabinet was "untenable" in the wake of allegations that he could have indirectly benefitted from payoffs in a telecom deal.

"Maran's continuation as Union Minister is untenable," said BJP's National Secretary Muralidhar Rao. Maran is in the eye of a controversy after former Aircel chief C Sivasankaran alleged that the former as telecom minister in 2006 "forced and arm-twisted" him to sell his stake in Aircel to Malaysian firm Maxis.

The owner of Maxis is considered to be close to Maran and his brother Kalanidhi, who owns Sun TV Network. Maran has rejected the allegation.

On issue of black money, Rao wanted to know why the Indian government could not come out with details of black money stashed away in Swiss banks when WikiLeaks could do so.

Asked whether yoga guru Baba Ramdev's agitation against corruption and black money was politically motivated, he said Ramdev has been conducting various programmes across the country for so many years.

"He (Ramdev) has been talking about the black money issue for many years, why was the Congress government silent then?," he asked. 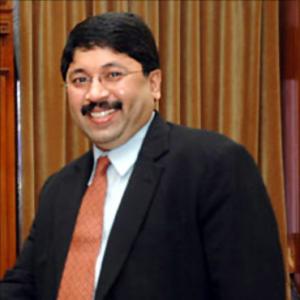