Nandigram poll officer feared for his life, so didn't give recounting order: Mamata

West Bengal Chief Minister Mamata Banerjee alleged on Monday that the returning officer of Nandigram feared for his life and so he did not give a recounting order. 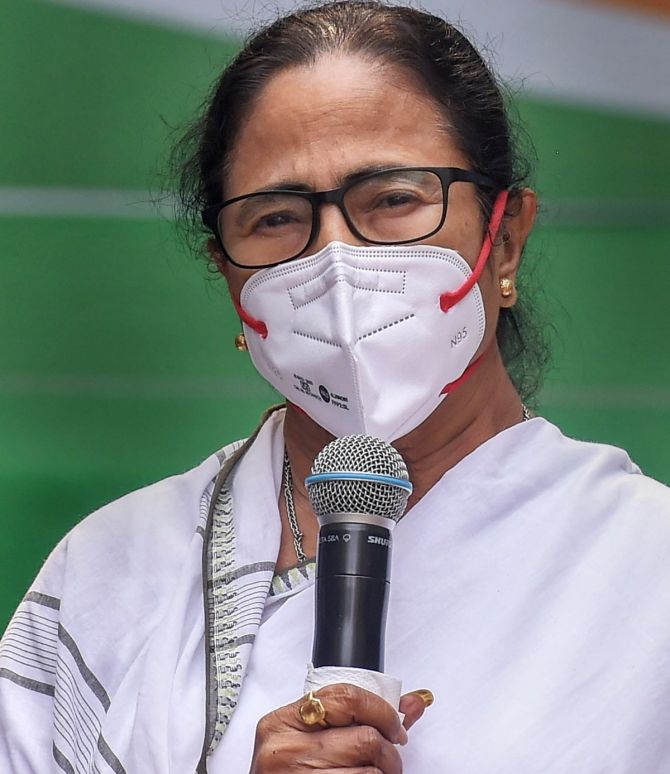 Addressing a press meet, Banerjee reiterated that she will move court over the election result in Nandigram where she lost to Bharatiya Janata Party’s Suvendu Adhikari.

Banerjee made public a purported SMS from the Nandigram Returning Officer to a CEO official, claiming that he had expressed fear that if he ordered recounting he would face serious consequences, and may even have to die by suicide.

"How come EC reverse Nandigram result after formally announcing it? We will move court against this," she said.

"Why was the server down for four hours? We are willing to accept people's mandate but if the result of one place has anomalies, there may be something beyond what appears. We have to seek the truth," she added.

Banerjee urged her supporters to maintain peace amid reports of violence from some areas, asking them not to fall prey to provocations.

The central forces committed many atrocities on Trinamool Congress supporters during the elections, she alleged.

"Even after the results were announced, BJP attacked our supporters in certain areas but we ask our men not to get provoked and instead report to the police," she said.

Banerjee alleged that some of the police officers worked in a partisan manner against the TMC during the elections.

Hitting out at the Election Commission, she claimed that the BJP would not have crossed the 50-mark in its tally if the poll panel would not have helped it.

The chief minister again demanded that every citizen of the country should be given free vaccines by the Centre.

"They are sending vaccine and oxygen to two-three states. Why so? Every state should get its due. I have heard that in Gujarat, vaccine is being given from the BJP party office. Does they (BJP) have any expertise in giving vaccines?" she claimed.

Replying to a question, Banerjee said her priority is fighting the pandemic and would think about her role in the national elections of 2024 once the COVID-19 crisis is over.

"I am just a street fighter. I can boost the morale of the people, so that we can fight a strong fight against the BJP. One cannot do everything alone and it should be a collective effort. If collectively we can take a decision, together we can fight the battle of 2024. But, first let us fight this COVID crisis and then we will decide on this. Now is not the time," she said.

Banerjee also claimed that the Left was unable to get back the votes that it lost to the BJP, leading to its further downfall.

"I may have political differences with them (Left) but I did not want to see them getting zero. It would have been better if they got the votes back from the BJP. They favoured the BJP so much that they became a signboard. They need to think about this. Dipankar Bhattacharya (CPIM-L) did not do this," she said.

The chief minister said that she did not get the customary call from Prime Minister Narendra Modi on her victory in the elections.

"This is the first time I saw a prime minister not calling. It is ok, he may be busy. I did not take it in sentiment," she said. 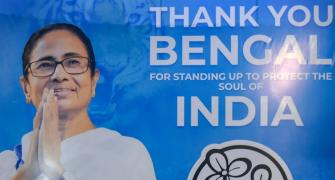