After meeting Shah at his North Block office, the Trinamool Congress chief said many genuine Indians were excluded from the NRC in Assam and she requested the home minister to examine their cases as many of those excluded are Bengali-speaking people, Hindi-speaking, Gorkhas and even Assamese people.

She met Prime Minister Narendra Modi on Wednesday and raised the issue of renaming the state.

Banerjee also invited the prime minister to inaugurate a coal block in the state. 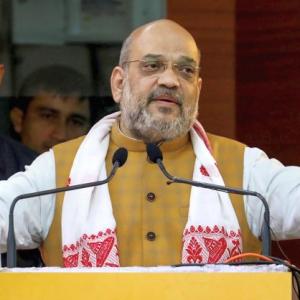