The Assam government on Saturday claimed that many genuine Indian citizens have been left out of the final National Register of Citizens but they need not panic as they can appeal to the Foreigners Tribunal. 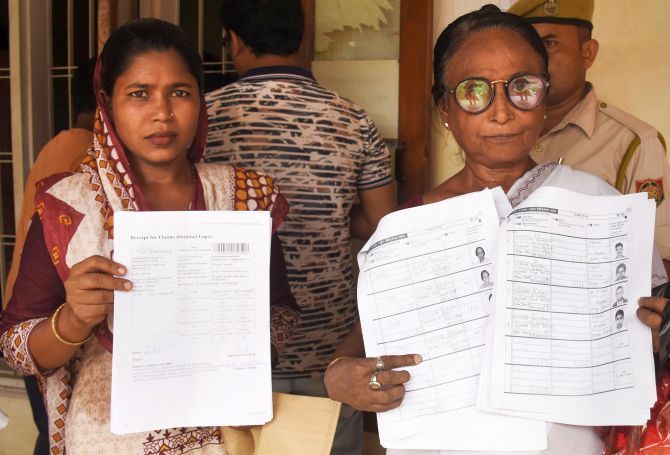 IMAGE: People show their documents after arriving at a National Register of Citizens Seva Kendra to check their names on the final draft, in Guwahati. Photograph: PTI Photo

"One thing is sure that many genuine Indians were left out of the NRC. However, they don't need to panic or worry. They can appeal in the Foreigners Tribunals," he said.

Stating that the government will provide the people legal assistance if they sought it, he said "We have increased the number of FTs to 300 from 100. The additional FTs will start functioning from Monday. So more people can approach the FTs," said Patowary, who is also the spokesperson of the Assam government.

The final National Register of Citizens, which was published on Saturday, excluded 19,06,657 persons. Assam is the only state to have the NRC which was first prepared in 1951.

Asked to comment on leading student body All Assam Students' Union's allegation that the lesser number of exclusions was due to the government's inaction, the minister said that the entire exercise was carried out under the direct supervision of the Supreme Court.

"In the entire process, we provided the logistic support. We had no other role. Even the NRC state coordinator was directly reporting to the Supreme Court and did not share any information with us," he said.

"Because of the less number of exclusions and wrongful inclusions, we had filed an affidavit in the SC seeking sample re-verification of 20 per cent of the names. But the SC did not agree to our request," he added.

Patowary said that from the 41 lakh excluded in the complete draft of the NRC, those who applied with proper documents were verified and included.

The state and the central governments had appealed the apex court twice for sample re-verification to find out wrongful inclusions, especially in districts bordering Bangladesh, and exclusions in the NRC.

The apex court said earlier this month that the entire NRC exercise cannot be ordered to be re-opened on the basis of certain parameters. 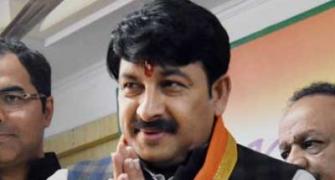 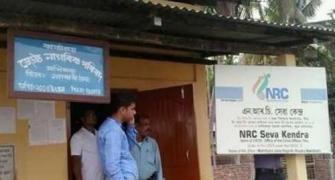 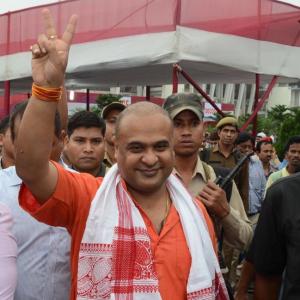