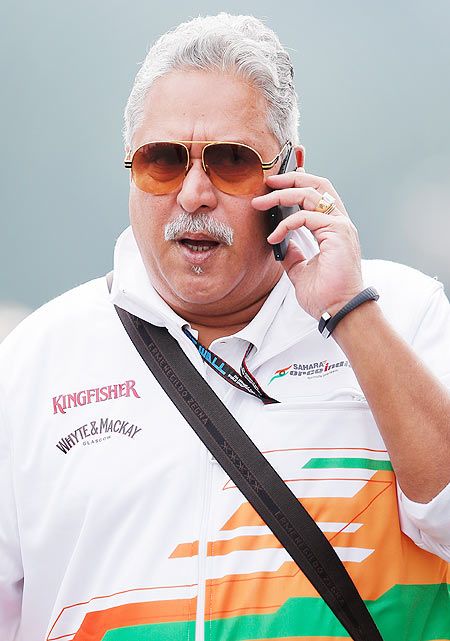 The controversy over Vijay Mallya’s interview to a weekly newspaper got murkier on Tuesday with the beleaguered businessman saying he has filed a ‘complaint’ with the Cyber Police Station in Mumbai, alleging it was ‘fabricated’, a day after he denied having given it to that media outlet.

Mallya, who is mired in a huge controversy for leaving India on March 2 in the middle of a massive loan default probe, was quoted as having said in an email interview to the Sunday Guardian published on March 13 that time was not ‘right’ to return to the country.

‘I have not given any email or any other interview to anyone including the Sunday Guardian. The email account that has been attributed to me does not belong to me. Every comment, therefore, is fabricated,’ the liquor baron said in a statement released to the media by e-mail through his public relations agency.

‘I have filed a complaint with the Cyber Police Station in Mumbai. The editor of the paper has also publicly admitted on Twitter that he would investigate the matter as this is tantamount to fraud and needs to be seriously investigated,’ he said, adding that, ‘In all fairness, all TV channels and newspapers who have quoted from the interview should publish a retraction.’

An officer at the Cyber Police Station in Mumbai said that an ‘application’ has been received from an official of a company owned by Mallya in connection with the interview, adding no offence has been registered yet though. He, however, did not give details.

A journalist from the Sunday Guardian newspaper had tweeted on Monday, ‘We stand by the Vijay Mallya interview in the @SundayGuardian.’

‘Shocked to see media statements that I gave an interview to Sunday Guardian without verification. I have not given any statement to anyone,’ Mallya had tweeted on Monday night on his official Twitter page. He did not elaborate further on the contents of the said interview.

Under fire over dues totalling over Rs 9,000 crore of long-grounded Kingfisher Airlines in unpaid loans and interest, Mallya left the country on March 2, triggering a political row with the Congress and the ruling Bharatiya Janata Party trading charges.

The Enforcement Directorate has summoned the liquor baron to appear before it in Mumbai on March 18 as part of its money laundering probe in the alleged default in payment of Rs 900 crore dues to IDBI bank by Kingfisher Airlines.

While it has been widely reported that he had left for London, Mallya himself has been silent about his whereabouts but has been tweeting occasionally, saying he was not an ‘absconder’ and he would comply with the ‘law of the land’.

On March 13, the The Sunday Guardian quoted him as having said in an e-mail interview, ‘I am an Indian to the core. Of course I want to return. But I am not sure I’ll get a fair chance to present my side. I’ve already been branded as criminal. I do not feel the time is right.’ 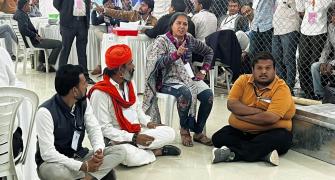