BJP leader Pankaja Munde, a minister in the Devendra Fadnavis-led state Cabinet, defeated her cousin and Nationalist Congress Party leader by a margin of 25,000 votes in the 2014 polls from Parli, a rural pocket located about 470 km from Mumbai.

The BJP is aiming to retain the seat this time by highlighting the developmental works carried in the area, including fast-tracking of the rail route network.

The saffron party is confident that people from the segment will vote for Pankaja Munde, who is the minister for rural development and women and child welfare, and also Beed's guardian minister.

However, Dhananjay Munde, who is Leader of the Opposition in the state Legislative Council, is banking on the "poor performance" of his cousin sister to usher in the "change that's imminent".

While the BJP says people of the segment, dominated by Vanjari and Maratha communities, have experienced development, the NCP leader claims his cousin sister could not ensure growth of Parli, despite holding four portfolios in the state Cabinet and her party in controlling position at the Centre.

"Not a single irrigation project was developed over past five years in the constituency," Dhananjay Munde said.

"There is not a single good road approaching Parli," he alleged.

The opposition leader also feels that Parli's development was "fettered" as the local civic body and 65 per cent of the gram panchayats were being led by the NCP.

"Doubling the per capita income of locals will be my top priority, besides addressing issues related to roads, electricity, drainage system and water. I will strive to see that the constituency figures among top 20 developed segments," he said. The NCP leader said providing irrigation facilities to peasants, setting up a "five star" Maharashtra Industrial Development Corporation for employment opportunities to local youth, and resuming operations at the Parli thermal power plant are also high on his agenda.

"The current MLA must be seeing a difficult road ahead given the huge response I have been receiving from people. That is why she seems to have invited Prime Minister Narendra Modi and (BJP chief) Amit Shah to canvas against me. The change, however, is imminent," he said exuding confidence.

However, dismissing his claims, Maharashtra BJP spokesperson Keshav Upadhye said the state government and Parli's sitting MLA carried out more developmental works in the constituency over last five years than what the Congress-NCP could do during their 15-year rule.

"Whether it is the roads or the rail route work, which was pending for years, all have been fast-tracked," he said.

"People, too, have experienced the development and therefore, they will definitely vote for development, that is, for Pankaja Taai," Upadhye said.

Population-wise, the Vanjari and Maratha communities are considered to be equally dominating the segment, a source in the NCP said.

"But since late Gopinath Mundeji represented it, the constituency is perceived as being dominated by Vanjaris," he said.

Polling for all 288 assembly seats in the state will be held on October 21 and counting of votes will take place on October 24. 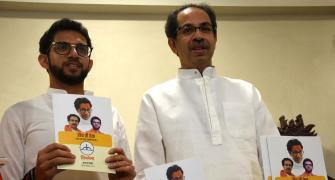 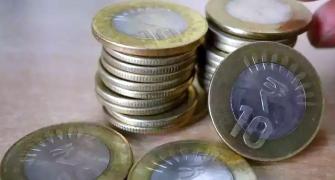 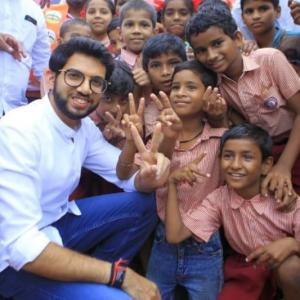