Sanjay Raut, a key leader of the Uddhav Thackeray faction of the Shiv Sena, on Monday claimed that Maharashtra Governor Bhagat Singh Koshyari has expressed the desire to quit after the Shiv Sena (UBT) gave a call for a statewide bandh to protest his ”insult” to Chhatrapati Shivaji Maharaj, a claim refuted by the Raj Bhavan. 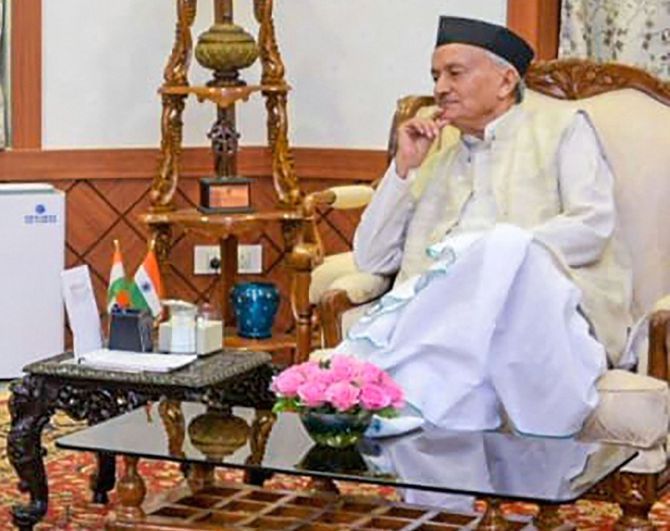 The governor is in the eye of a political storm after he dubbed Chhatrapati Shivaji Maharaj "an icon of olden times" earlier this month, a remark which triggered demands for his removal from office.

”The governor has expressed his desire to be relieved of office! Great. This is after the Shiv Sena indicated a call for a Maharashtra bandh against the insult of Chhatrapati Shivaji Maharaj.

"The battle with the enemies of Maharashtra will continue! The voice of only the Shiv Sena reverberates! Jai Maharashtra!” Raut tweeted in Marathi.

Talking to reporters, Raut also slammed Chief Minister Eknath Shinde and his deputy Devendra Fadnavis and said how can the government sit quietly and tolerate the insult to the warrior king.

On his part, Fadnavis said there was no bigger inspiration for Maharashtra and the country other than Chhatrapati Shivaji Maharaj.

The chorus for Koshyari's removal has become louder with every passing day.

Reacting to it, former Maharashtra minister Aaditya Thackeray slammed the state government for not speaking against the governor's remarks.

”Constantly insulting the state, its revered icons, social reformers & being blatantly political is a feather in the cap of the current governor in his establishment, like none in the past of his rank. Disgraceful that he hasn't been removed as yet and govt doesn't speak on it!” Thackeray tweeted.

Talking to reporters earlier in the day, Udayanraje Bhosale, a descendant of Chhatrapati Shivaji, also slammed the remarks of Koshyari. He also turned emotional during his press conference.

In a veiled warning to the BJP, Bhosale said, ”If they do not take this seriously, then elections are around the corner. People will take cognisance of this. Unfortunately, they made this comment. After having done this, there will be a reaction to the action. People will have to decide with whom should one stay.”

Bhosale, a BJP MP, is a prominent Maratha leader with an influence owing to his lineage.

Seeking to ease the situation, Fadnavis said, ”We are all with Udayanraje. The country and the state are with them. His feelings have reached the right place.

“Governor's is a constitutional post and the (state) government cannot do anything. The President has the right to appoint the governor. Maharaj will also understand this. We are all with his feeling,” Fadnavis said.

Earlier this month, Koshyari stoked a controversy by saying Chhatrapati Shivaji Maharaj was an icon of "olden days", a remark which was dubbed an "insult" to the Maratha king and the state.

"Earlier, when you would be asked who your icon is -- Jawaharlal Nehru, Subhas Chandra Bose and Mahatma Gandhi used to be the answers. In Maharashtra, you need not look elsewhere (as) there are so many icons here. While Chhatrapati Shivaji Maharaj is of olden times, there are Ambedkar and Nitin Gadkari," the governor had said. 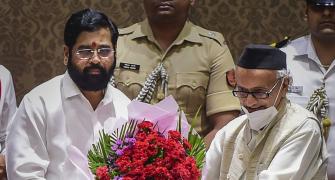 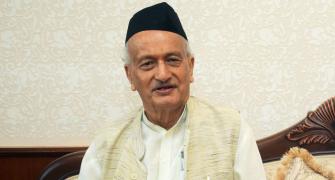 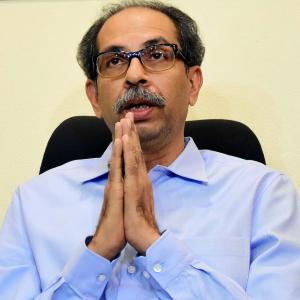 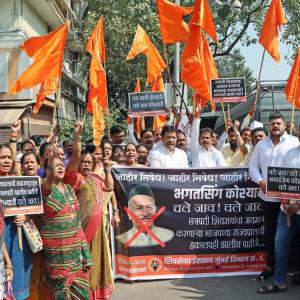