A 15-year-old girl was allegedly gang-raped multiple times over a period of eight months in Maharashtra's Thane district and the police have arrested 24 persons and detained two minors in the case, an official said on Thursday. 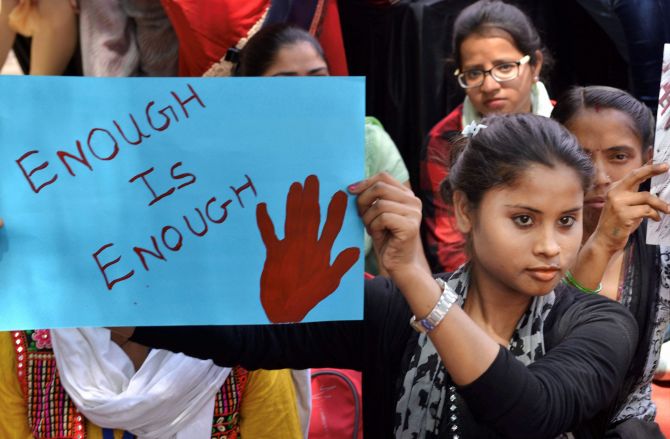 Based on the girl's complaint, the Manpada police in Dombivli registered a case on Wednesday night against 33 persons under IPC sections 376 (rape), 376 (n) (repeated rape), 376 (d) (gang-rape), 376 (3) (rape on a woman under sixteen years of age) and provisions of the Protection of Children from Sexual Offences (POCSO) Act, he said.

The girl told a relative about the ordeal on Wednesday following which the complaint was registered, he added.

"It all started when the girl's boyfriend allegedly raped her in January and made a video. He then started blackmailing her. Subsequently his friends and acquaintances raped her on at least four or five occasions at different places in the district including Dombivli, Badlapur, Murbad and Rabale," Karale said.

A special investigation team (SIT) has been formed under Assistant Commissioner of Police Sonali Dhole to probe the case, he added.

"The victim has named 33 persons. Of them, 24 persons have been arrested and two minors detained. The girl's condition is said to be stable," Karale said, adding that search is on for the remaining accused.

The arrested men were produced before a court on Thursday and were remanded in police custody till September 29, said another police official.

"An atmosphere of fear is prevailing in the state. The increase in the number of such incidents is worrisome," the former chief minister said.

"Such an incident taking place in Dombivli which is known as a peaceful city is very shocking. We demand that the government immediately intervene," Fadnavis added.

On the other hand, Shiv Sena leader and deputy chairperson of the Maharashtra Legislative Council Neelam Gorhe said the incident should not be politicised.

The survivor should be protected, given counseling and rehabilitated, she said.

Earlier this month, the Shiv Sena-led state government had come under fire when a 34-year-old woman died after being brutally raped and assaulted inside a stationary tempo in Mumbai's Sakinaka area. One person was arrested in the case. 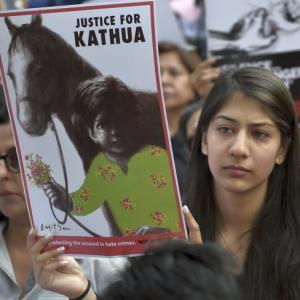