There are many instances in the past where the top court sat through midnight to hear the special cases. 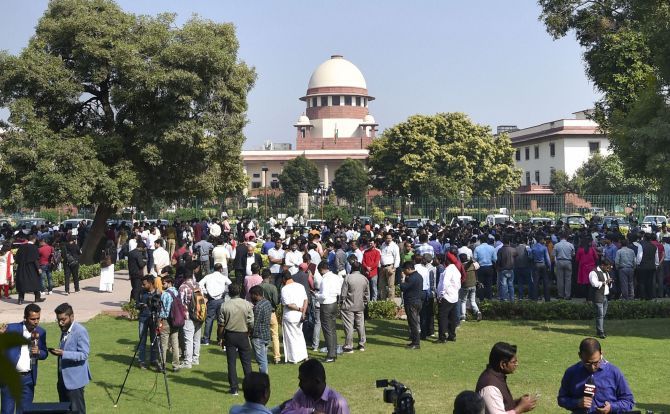 The hearing on Sunday in the Supreme Court on the Shiv Sena-Nationalist Congress Party-Congress combine plea is the third instance this year when the apex court held a special proceeding on a non-working day.

On April 20, the top court held an extraordinary hearing on Saturday after a former employee of the apex court accused then Chief Justice of India Ranjan Gogoi of sexual harassment and persecution.

This is the third instance when the apex court this year held hearing on a holiday.

The combine on Saturday night had filed a petition in the Supreme Court seeking quashing of the Maharashtra governor's decision to swear-in Bharatiya Janata Party's Devendra Fadnavis as chief minister and demanded an immediate floor test to avoid "further horse trading" and sought urgent hearing.

The apex court registry put up the matter for hearing on Sunday.

Last year in May 2018, the top court had heard the matter on midnight when Congress challenged the invitation by the governor to the BJP to form the government in Karnataka.

On July 29, 2015, the apex court had sat through the midnight to consider an urgent plea to stay the scheduled execution of lone death row convict of 1993 Mumbai blasts case, Yakub Memon, at 6 am the next day.

In 1985, the apex court's doors were opened past midnight to hear the bail plea of a prominent businessman who was charged under the stringent FERA law.

The Supreme Court had attracted tremendous criticism in this case when then Chief Justice E S Venkatramaiah was woken up at midnight and proceeded to grant bail to industrialist L M Thapar.

Thapar was arrested on the basis of a Reserve Bank of India complaint that several companies run by him had violated the then Foreign Exchange Regulation Act.

The hearing continued past midnight at the residence of the judge on the intervening night of December 6 and 7, 1992 after the demolition of Ram Janmabhoomi Babri Masjid at Ayodhya.

The Ayodhya case was heard at the residence of Justice M N Venkatachaliah, who later became the Chief Justice of India.

In that case, one of the parties to the Ayodhya dispute had rushed to the apex court immediately after the structure was razed by karsevaks.

After the hearing at his residence, the bench headed by Justice Venkatachaliah directed that status quo has to be maintained at the disputed site.

Like the Yakub Memon case, there are other instances in which petitions have been rushed late in the evening for considering a stay on their execution.

In the infamous Ranga-Billa case of national capital, a bench headed by Justice Y V Chandrachud, who held office of Chief Justice of India from February 22, 1978 to July 11, 1985, sat late in the night to consider a plea that they should not be hanged.

Among such petitions was also the matter concerning Noida's Nithari serial murders convict Surinder Koli, when the apex court heard the late night move on his behalf for staying the execution of his death sentence.

Another such hearing took place in the eve of April 9, 2013 when a petition was moved on behalf of one Manganlal Barela against the execution of his death sentence in a murder case.

In the case titled Shatrughan Chauhan v/s Union of India, the execution of death sentence against 16 persons at 4 pm was challenged and the lawyers rushed with a petition to the residence of then Chief Justice of India P Sathasivam.

He said the CJI and Justice M Y Iqbal heard the matter at around 11.30 PM and at around midnight ordered a stay on the execution.

Lawyers also recall some political matters also when the apex court had held late night hearings, including the one in which it ordered a composite floor test in Uttar Pradesh in 1998 to determine who enjoyed the majority -- Kalyan Singh or Jagadambika Pal. 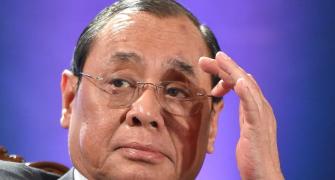 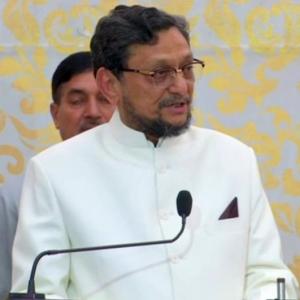