Amid debate on increasing the retirement age of judges of higher judiciary, Chief Justice of India Sharad Arvind Bobde said on Thursday that they are "willing to work" longer if the superannuation age is raised. 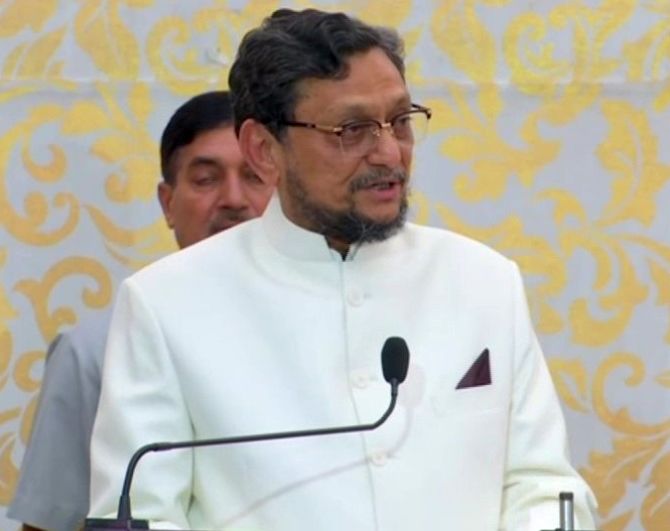 Justice Bobde, who was sworn-in as the 47th CJI on November 18, was responding to the suggestion of Attorney General K K Venugopal on the issue in his capacity as a member of the bar, not as the country's top law officer.

Addressing the gathering at the CJI's felicitation ceremony, Venugopal said lawyers who are in 70s and 80s are "vigorously" arguing their cases in courts and likewise, the retirement age of judges can be extended to 70 years in case of Supreme Court and 68 years for high courts.

At present, the apex court judges demit office at the age of 65 while high court judges superannuate after reaching 62.

The function was organised by the Supreme Court Bar Association.

Venugopal, who twice made it clear that he was saying this not as the Attorney General of India but as a member of the Bar, said that present age of retirement of judges in higher judiciary is "fairly insufficient".

Justice Bobde also raised concern about common people and their ability to access the independent and affordable advocacy in view of the fact that lawyers charge exorbitant professional fees and asked the Bar to ponder over this issue.

"Our judiciary is one that is independent and both the Bar and the bench have on many occasions zealously guarded it. At the same time, it is equally important for all of us to maintain the independence and integrity of not only of the judiciary but also of the Bar," he said.

"On every occasion, I can say with a sense of pride, both in the past and present, judiciary has been able to meaningfully respond and, in the process, become the catalyst of socio-eco-political change," the CJI said.

Justice Bobde also touched upon the area of concerns for judiciary, including pendency of cases, infrastructure and vacancies, and said that over past few years, "through concerted and coordinated efforts we have taken important strides in addressing existing concerns".

He said that use of information technology must increasingly focus on providing more efficient and cost-effective access to and delivery of justice.

The CJI said that many countries, including the US, Netherlands and Estonia have integrated artificial intelligence in the justice administration system.

"Therefore, in India identification of such matters and developing relevant technology ought to be our next focus," he said.

He assured the Bar leaders, including SCBA president Rakesh Khanna and Venugopal, that their concern with regard to lack of chambers for lawyers would be dealt with by a committee of apex court judges.

Venugopal, in his address, advocated for a fixed tenure of minimum three years for the CJI so that reform processes initiated by a head of the judiciary fructifies during his tenure.

He said the apex court Collegium has a greater role in ensuring this and they should keep in mind the tenure and the seniority at the time of appointment of a judge so that he or she gets a minimum three-year tenure as the CJI.

The SCBA president and Venugopal both raised the issue of need for more chambers for lawyers, space in the corridors and courtrooms and referred to instances where lawyers are pushed around.