Priyanka or Rahul, who pulled the plug on Varanasi contest?

While Congress leader Sam Pitroda says it was Priyanka's own decision, party spokesperson Rajiv Shukla says it was Rahul's call. 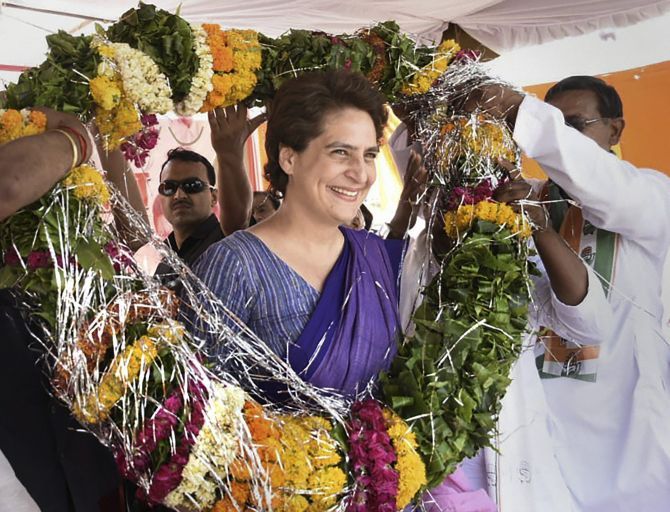 Speculation over Priyanka Gandhi's electoral debut from Modi's constituency ended on Thursday when the Congress fielded Ajay Rai, a political lightweight, from the Uttar Pradesh constituency.

Union Finance Minister Arun Jaitley then took a dig at the Congress, claiming that Priyanka Gandhi had 'quietly chickened out' of the contest.

"The party president had left the final decision on her," Pitroda said when reporters asked him about Rahul Gandhi not fielding his sister from the high-profile constituency.

"She decided that she has several responsibilities. She decided that rather than concentrating on one seat, she should focus on the job she has at hand," Pitroda, who heads the Indian Overseas Congress, said.

"So that decision was finally hers and she decided it," he said.

Speculation over a Priyanka Gandhi-Modi face-off was triggered last month when the Congress leader in charge of eastern Uttar Pradesh herself hinted at the possibility.

Answering questions from reporters, Priyanka Gandhi has said she would contest if the party asked her.

When questioned on the speculation, Congress president Rahul Gandhi recently said, "I will leave you in suspense. Suspense is not always a bad thing."

At his Jaipur press conference Pitroda accused the Bharatiya Janata Party of not fulfilling its promises and claimed that people's freedom is being curtailed under its government.

"When questions are asked, the government gets angry,” he said, referring to the air strike against Pakistan after a terror attack against Central Reserve Police Force jawans in Kashmir.

"Who are you to call us traitors? We will say whatever we have to say," he said, targeting the BJP.

He said the BJP government had failed in generating employment.

"We will have to create at least 10 crore jobs in five to seven years. In the past five years, not a single new job was created but 50 lakh jobs reduced," Pitroda claimed.

"Creating jobs is a difficult job which they don't know," he said, claiming that the Congress has a better record on this.

Meanwhile, Congress spokesperson Rajeev Shukla hit back at Jaitley, saying it shows that the BJP was scared over the possibility of Priyanka being fielded from the temple town.

"The finance minister is angry, the prime minister is dejected. He expressed his desperation today. This atmosphere of dejection is prevailing in the BJP," Shukla said.

On Jaitley's remarks, he said it shows that they were 'very scared that what if she comes'.

"If you remember she had made it clear from the first day that she wants to fight from Varanasi, but that the decision will be taken by the Congress president.

"It was the decision of the party high command and the Congress president," Shukla said.

Asked if the Congress general secretary will contest elections from any other constituency in the future, Shukla said she is currently working hard to strengthen the party in Uttar Pradesh.

"She is touring everyday, campaigning, doing road shows, addressing public meetings, meeting workers and meeting the people. Right now, she is focused on UP and after that in future what happens, we should wait for that," he added. 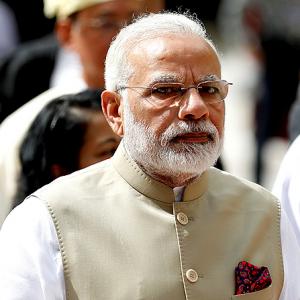