DMK crosses 100 in TN assembly, but govt is safe

Putting up a spirited performance in the assembly by-polls despite its Lok Sabha debacle, the ruling All India Anna Dravida Munnetra Kazhagam in Tamil Nadu has won nine of the 22 segments where elections were held in two phases in April and May. 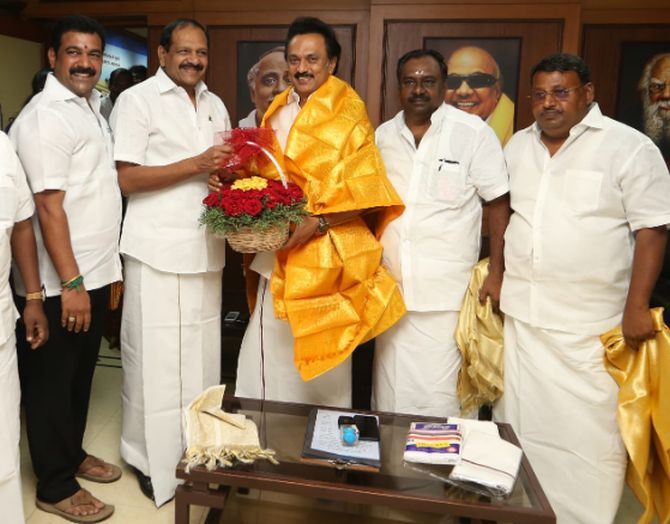 The DMK also made electoral inroads, as it added another 13 members to its existing number of 88, even as it has the support of nine of its allies including the eight Congress legislators.

The vacancies to these 22 seats were created by reasons including the disqualification of 18 AIADMK MLAs in 2017 after they revolted against Chief Minister K Palaniswami who had merged the faction led by him with that of then rebel leader and his now deputy, O Panneerselvam.

Counting of votes was on in some of the segments through midnight on Thursday, and the results were declared later, according to the Election Commission.

AIADMK and DMK won the nine and 13 seats respectively.

Among the seats won by the DMK is Thiruvarur, which was represented by the late party chief M Karunanidhi till his demise in August 2018.

However, it is the AIADMK that could take solace from the performance as the Palaniswami government now has a strength of 123 legislators in the 234-member state assembly, well past the simple majority mark of 117.

This could allow the ruling party complete its term in 2021, lest there should be major political developments that could upset its apple cart.

The AIADMK could go in for possible course corrections before the 2021 assembly polls where it will face a formidable challenge from the rejuvenated arch-rival DMK, which is riding high on its Lok Sabha performance where the party-led coalition won 37 of the 38 seats in the state.

Earlier, three AIADMK MLAs had sided with rival leader TTV Dhinakaran, himself an Independent MLA, and the stand of two other allies who had won in 2016 on ruling party's Two Leaves symbol had been a question mark.

Officially, though the AIADMK has 114 MLAs including the speaker, the stand of these five legislators had virtually brought down the strength of the ruling party to 109.

Now that it has won nine seats, the ruling party sources had indicated that the five dissident legislators would prefer to sail with the government.

Simltaneously, the DMK-led coalition had decimated the ruling party in the Lok Sabha polls, netting 37 of the 38 seats where the elections were held on April 18. Election to Vellore was countermanded following the recovery of huge sums of cash.

The DMK by itself won 23 seats, with party chief MK Stalin steering it to such a magnificent show after various poll debacles since 2011.

The party also crossed the 100-member mark in the state assembly for the first time in many years, with its present strength reaching 101. 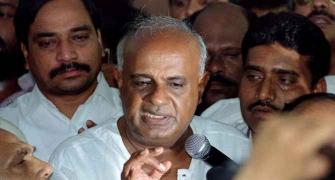 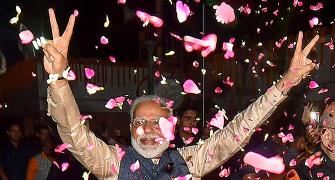 Every cell of my body dedicated to nation: Modi