I am Rajiv Gandhi's daughter: Priyanka's curt reply to Modi 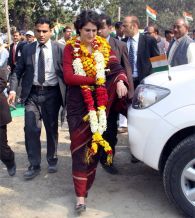 "I am Rajiv Gandhi's daughter," was Priyanka Gandhi terse reply on Thursday to purported comments by Narendra Modi that he considers her as his daughter.

Priyanka, who is on a campaign trail in Amethi, reacted sharply when she was asked by reporters to comment on purported remarks by the BJP prime ministerial candidate that she was like a daughter to him. Priyanka's brother Rahul is the Congress candidate from Amethi in Uttar Pradesh.

Priyanka was in her SUV and halted briefly to shake hands with some supporters.

Initially she did not answer the question but later came out of the SUV and with a stern face replied to the query and left without answering any other question.

Priyanka's curt reply came even as senior Congress leader and Finance Minister P Chidambaram said he was not sure if the Congress President Sonia Gandhi's daughter will consider the Gujarat chief minister as a "father figure".

"I am not sure if Priyanka Gandhi will be happy to consider Narendra Modi as a father figure," he said

"I am happy that Narendra Modi considers Priyanka Gandhi as his daughter but I am not sure if she will be happy to consider Modi as a father figure," he added.

Chidambaram was reacting to questions at a news conference in Delhi over Modi's purported comments in an interview to Doordarshan that he considers Priyanka like his daughter.

Some portions of the interview, including Modi's "daughter" comments on Priyanka, were reportedly not telecast.

Chidamabaram said he was not aware of what was said and what was edited.

He said his own recent interview to a television channel underwent some editing as "that is prerogative of the editor" of the news channel in terms of the schedule and size of the programme.

Modi's interview was telecast on April 27, reportedly two days after it was recorded, following a buzz in social media that it was being dropped.

During the interview, Modi is reported to have said that over the years he had been "blacked-out" by the Doordarshan Kendra in Gujarat and he was surprised to get a request from the public broadcaster. 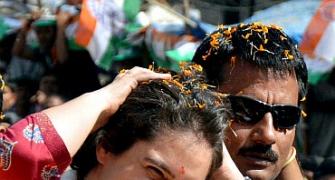 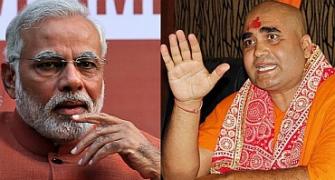 Puri Shankaracharya: I will expose Modi 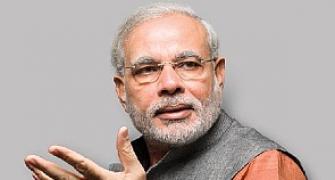 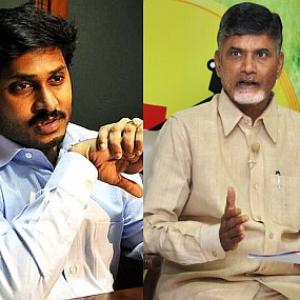 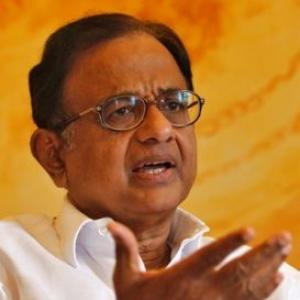