India to remain in lockdown till May 3, announces PM Modi

Prime Minister Narendra Modi on Tuesday announced the extension of the three-week nationwide lockdown for another 19 days till May 3 to battle the coronavirus pandemic but indicated easing some curbs after April 20 in areas which are not hotspots to allow some “select necessary activities”. 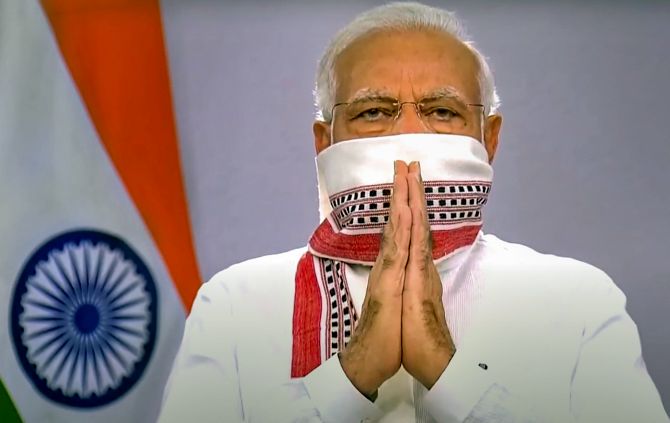 As his government seeks to balance containment measures to control the coronavirus spread with demands for phased reopening of the economy, the prime minister acknowledged that the lockdown has come at a huge economic cost and also inflicted pain on the people, especially the poor, calling them “disciplined soldiers”.

Modi, however, asserted that India has chosen the correct path, and managed to avert to a large extent the damage caused by the pandemic in many countries.

Hours after Modi's announcement in a televised address to the nation on the last day of the lockdown, a large number of migrant workers rendered jobless came out on road in Mumbai demanding transport arrangements to return to their native places.

According to a police official, the daily wage earners, numbering around 1,000, assembled at the suburban Bandra, west bus depot near the railway station and squatted on the road for nearly two hours from 3 pm.

Most of them hailed from West Bengal and Uttar Pradesh.

Police had to resort to a mild cane charge to disperse the crowd.

Maharashtra home minister Anil Deshmukh told a TV channel that the migrant workers might have expected that the prime minister would order reopening of state borders.

Hundreds of migrant workers also took to the streets of Mumbra town in neighbouring Thane district and also in Surat in Gujarat demanding they be sent to their hometowns.

The prime minister's announcement on lockdown extension came at a time when India has recorded a sharp spike in the cases in the last one week ever since Kerala reported the country's first COVID-19 infection on January 30.

The third and final week of the lockdown saw a jump of 5,574 cases and 215 deaths, an analysis of official data showed.

According to the latest health ministry data, there has been a record single day increase of 1,463 cases in the last 24 hours taking the total number of infections to 10,815.

The death toll currently stood at 353, it said.

In his fourth address to the nation in the last one month on the coronavirus pandemic, Modi also announced that extensive guidelines for the second phase of the lockdown will be issued on Wednesday, declaring that his biggest priority is to save lives and minimise the hardships being faced by daily wagers and farmers.

According to Punjab Special Chief Secretary K B S Sidhu, Cabinet Secretary Rajiv Gauba will hold a video conference with all the chief ministers and top officials of all the state governments tomorrow at 9.30 am.

The details of the extended lockdown shall become known during and after this meeting, he said.

The extension of suspension of passenger train services and international and domestic commercial passenger flights till May 3 has already been announced.

SEE: PM's full address to the nation on his decision to extend lockdown

Ten states -- Tamil Nadu, Arunachal Pradesh, Odisha, Punjab, Maharashtra, Telangana, West Bengal, Karnataka, Meghalaya and Mizoram -- and union territory of Puducherry have already extended the lockdown till April 30. Union government sources pointed out that the restrictions have been extended till May 3 as May 1 is a public holiday followed by the May 2-3 weekend.

The prime minister noted that most of the state governments, experts and other stakeholders recommended the extension of the lockdown to contain the spread of COVID-19 pandemic.

During his 25-minute address, Modi also asked people to follow ‘Saptapadi' (seven steps) in the coming days to help the government in its fight against coronavirus. The seven steps included taking care of the elderly people, maintaining social distancing and helping the poor.

The prime minister said that just a thought of how much harm could have been caused to the country if his government had not followed a "holistic and integrated" approach gave him "goosebumps".

Virtually putting the onus on the people and the local governments for the success of the extended lockdown, the prime minister called the days up to April 20 an 'agni pariksha' (trial by fire).

In a bid to address demands for resumption of economic activities in a graded manner with adequate safeguards like social distancing, Modi said the lockdown will be strictly implemented for a week, and every area will be evaluated before a decision on allowing some "select necessary activities" can be taken.

“By April 20, every town, every police station, every district, every state will be evaluated for how much the lockdown is being followed. How much that area has protected itself from Corona, it will be seen.

"Areas that will succeed in this ‘agni pariksha', which will not be in the hot-spot category, and will have less likelihood to turn into a hot-spot may be allowed to open up select necessary activities from 20 April. However, keep in mind, this permission will be conditional, and the rules for going out will be very strict.”

At the same time, he warned permission will be withdrawn immediately if lockdown rules are broken and there is a risk of spreading coronavirus.

Agriculture, fishing activities and pharma industries are likely to get relaxation from April 20 if the lockdown is strictly implemented while curbs in 370 districts affected by coronavirus out of the 725 districts will continue with total halt in inter-district movement of people, according to officials.

Highway 'dhaba', truck repairing shops and construction works with local labourers are also expected to be allowed in the districts where there have been no case of Covid-19.

The harvesting and sowing activities will be allowed with strict social distancing norms, a home ministry official said.

Asserting that India's fight against the coronavirus has been moving ahead with great strength and resolve, the prime minister lauded citizens for their "restraint and sacrifice" to "save your India".

"During this time (till May 3), we must continue maintaining discipline in the same way we have been doing so far. A single new patient anywhere, should be a matter of concern for us... Any new hot spot will pose a new challenge," Modi said.

Acknowledging the pain it has inflicted on people, especially the poor, Modi said, "I am well aware of the problems you have faced, some for food, some for movement from place to place and some due to staying away from their homes and families. However, for the sake of your country, you are fulfilling your duties like a disciplined soldier."

Several chief ministers and union ministers welcomed the extension of the lockdown but opposition parties lamented that the prime minister's address lacked any announcements that would bring 'relief' to people on the economic front.

Congress chief spokesperson Randeep Surjewala termed as rhetoric and hollow on specifics the prime minister's address saying there was no mention of a financial package or concrete steps to revive the economy.

Kerala finance minister Thomas Isaac said it was not just praise which states wanted, but assistance to tide over the difficult situation.

India Inc supported the nationwide lockdown extension, saying it was necessary to avert a humanitarian crisis, but insisted on the need for a stimulus package to rebuild the economy hit hard by the Covid-19 pandemic.

Late last month, the government announced a Rs 1.7 lakh crore package aimed at providing relief to those affected by the lockdown.

Modi appeared on television with his face covered with a gamcha (Indian stole for men) which he removed at the start of his address.

His personal Twitter handle also posted the photograph of him wearing a face cover.

Source: PTI  -  Edited By: Roshneesh Kmaneck© Copyright 2020 PTI. All rights reserved. Republication or redistribution of PTI content, including by framing or similar means, is expressly prohibited without the prior written consent.
Related News: Narendra Modi, India
SHARE THIS STORY
Print this article 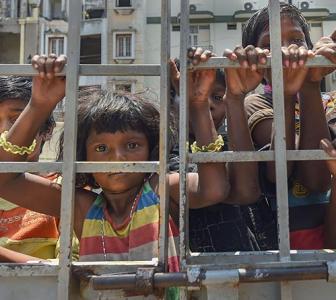 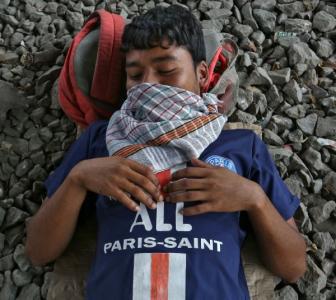 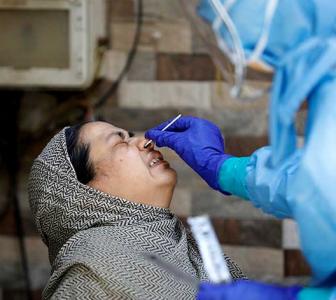 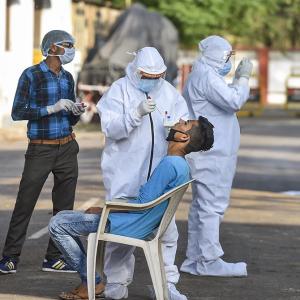