Fashion legend Karl Lagerfeld, the rockstar designer behind the rebirth of Chanel and Fendi, has died in Paris. He was 85. According to French magazine Closer, the German-born designer was not keeping well and breathed his last on Tuesday in a Paris hospital.

The cause of his death was not immediately known.

He is survived by his beloved cat, Choupette, who has its own Instagram handle.

During his time with the popular label, the designer won top prize in the coats category at an International Wool Secretariat design competition with Yves Saint Laurent. 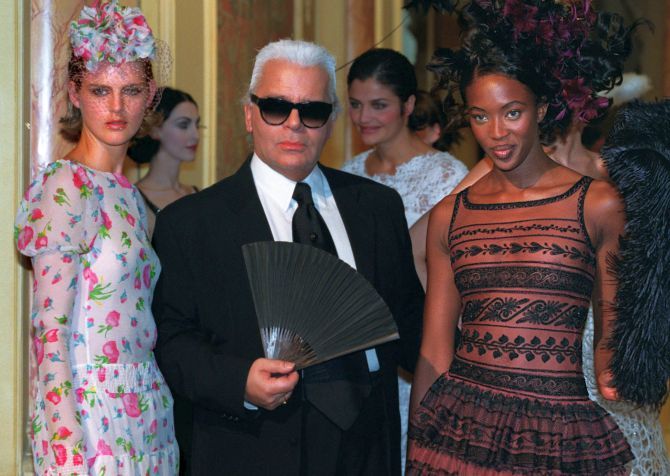 IMAGE: In 1983, Lagerfeld began his most prominent role by taking over as Chanel’s creative director. The brand, 10 years after Coco Chanel’s death, was in a crisis when Lagerfeld came onboard. Photograph: Reuters

In the 1970s, he began collaborating with Roman haute couture house Curiel, as well as Fendi, for which he served as a creative director up till now. He also gave the Italian brand its iconic ‘F and reverse F’ logo.

In 1983, Lagerfeld began his most prominent role by taking over as Chanel’s creative director. The brand, 10 years after Coco Chanel’s death, was in a crisis when Lagerfeld came onboard.

It was a role that not only brought Lagerfeld international fame but also helped Chanel regain its top position as a uber luxury label.

In his close to four-decade-long helm of Chanel, the designer stayed true to the design sensibilities of founder Coco Chanel by incorporating the once-revolutionary silhouettes of the 1920s and 1930s and blending it with current, marketable elements, like the interlocked “CC” monograph.

The news of Lagerfeld’s death left many in the fashion and cinema industry heartbroken.

Fashion designer Victoria Beckham remembered him as a “kind and generous” soul.

“So incredibly sad to hear this. Karl was a genius and always so kind and generous to me both personally and professionally,” she tweeted.

“‘Evolution is the secret for the next step’ - rest in peace, Karl Lagerfeld,” her husband David Beckham added.

Donatella Versace remembered Lagerfeld as a genius who touched many lives.

“Karl your genius touched the lives of so many, especially Gianni and I. We will never forget your incredible talent and endless inspiration. We were always learning from you,” she tweeted.

Actor Diane Kruger, who often sported the designer’s creations, said she was heartbroken to hear about his sudden death.

“Karl... I cannot tell you how much you meant to me and how much I will miss you. I will never forget your kindness towards me, your laughs, your imagination. I came to France to see you this week and introduce you to my daughter... I’m heartbroken I was too late. Rest In Peace, I adore you,” Kruger tweeted. IMAGE: People hold white roses as they stand outside the Chanel fashion boutique after news that German haute-couture designer Karl Lagerfeld, artistic director at Chanel and an icon of the global fashion industry for over half a century, has died in France. Photograph: Charles Platiau/Reuters

The designer, who was fiercely guarded about his private life, had for the first time in more than three decades as the creative director of Chanel, had skipped the post show walk of the brand in Paris this January.

He had cited “fatigue” as the reason behind his absence from the show.

Lagerfeld’s partnerships outside Chanel and Fendi included his collections for Diesel in 2002 and H&M in 2004.

He was behind creating the glamorous on-stage looks for various pop stars such as Madonna and Kylie Minogue.

While he was considered a visionary designer, Lagerfeld often courted controversy with his opinions about topics that ranged from religious appropriation to use of fur.

He came under fire for commenting on the appearance of female celebrities like Heidi Klum, Pippa Middleton and Adele, whom he called “a little too fat” in 2012.

More recently, in an explosive interview with French magazine Numero, Lagerfeld discussed such topics as body hair, diet and #MeToo.

He referred to male models as “toxic” and “sordid creatures” who he would want not to be left alone with in light of recent sexual assault accusations made against high-profile fashion figures. 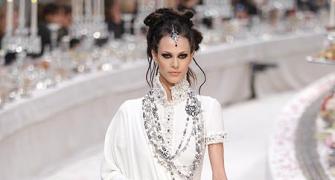 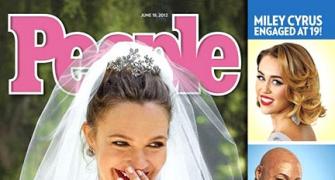 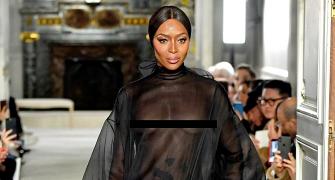 Naomi's braless look is not for the faint hearted 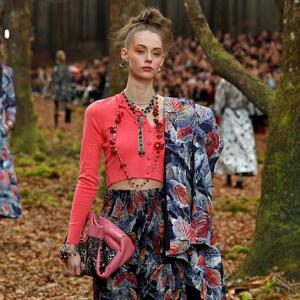 PIX: A walk in the woods by Karl Lagerfeld 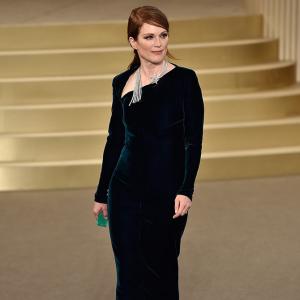