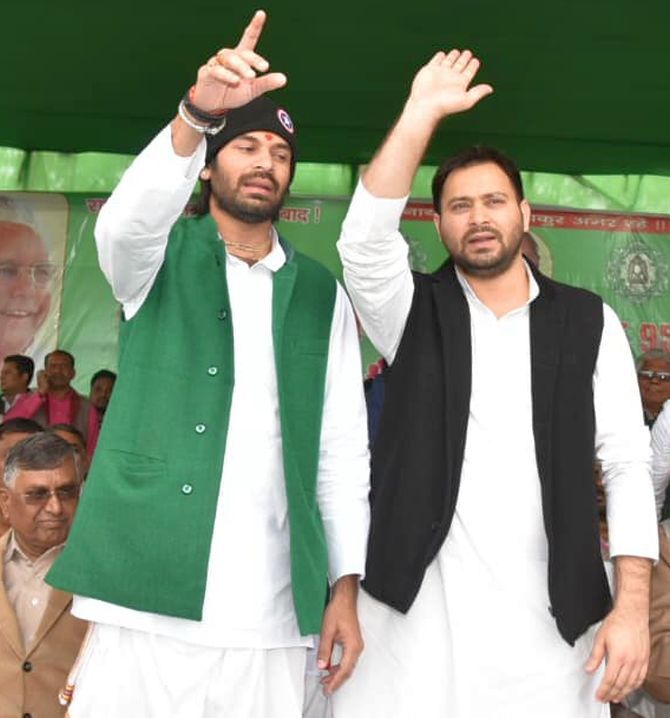 IMAGE: Tejashwi and Tej Pratap often share a stage, but their sibling rivalry is hard to miss. In the run-up to the Lok Sabha election, Tej Pratap often complained about not being given “proper respect” within the party. Photograph: Tej Pratap Yadav/Facebook

The next day, Tejashwi sat on a late-night dharna to protest against the Patna Municipal Corporation demolishing a milk market -- inaugurated by his father, Lalu Prasad, when he was Bihar chief minister -- near Patna railway station. He was joined by his elder brother, Tej Pratap. They called off their protest only after civic body officials assured the brothers that the market was being set up elsewhere.

The party workers were jubilant, but the leaders were sceptical. “Let’s wait. It's good that he is back, but what is more important is that he stays,” said a senior party functionary.

Ever since the RJD suffered its worst debacle in the Lok Sabha polls -- the party couldn't win a seat -- the leader of the Opposition in the Bihar assembly has been playing hide-and-seek with his party colleagues. The young leader vanished for a month after the general election results. He appeared in the assembly on July 3, saying that he was recuperating from a leg injury in Delhi. He, however, disappeared again after a couple of days before attending any meeting with his party legislators.

While the party has declared it will contest the assembly polls -- scheduled next year -- under his leadership, his absence has been so long and so inexplicable that his own ranks have begun to wonder if he is interested in the job. Therefore, it is not surprising that the party’s alliance partners, former chief minister Jitan Ram Manjhi and ex-Union minister Upendra Kushwaha, are now asserting their candidatures for chief ministership. 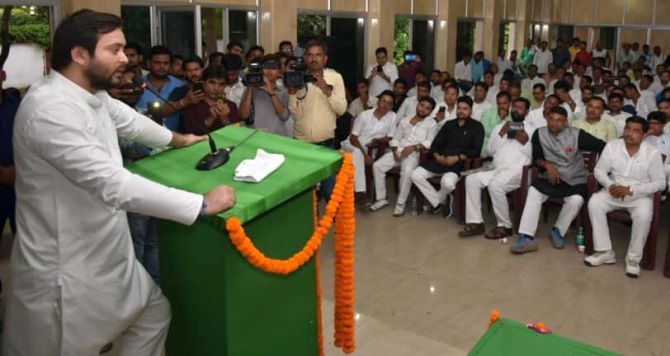 IMAGE: While the party is preparing for the state elections next year, the party worries about the absence of Tejashwi. Photograph: Tejashwi Yadav/Facebook

Tejashwi has been missing crucial party meetings. While party leaders were reiterating their faith in the “able leadership” of Tejashwi at the RJD foundation day celebrations in July in Patna, Lalu's heir was nowhere to be found.

He once again failed to show up at a crucial party meeting on August 16. The two-day meeting had been called to draw up the road map for the assembly election. All the legislators, district presidents, and senior leaders were instructed to attend the meeting.

Misa Bharti and Tej Pratap, two other politically active children of Lalu, did not show up either. Their mother, Rabri Devi, told them Tejashwi would attend the meeting a day later. Party functionaries, including MLAs, lined up at Patna airport with garlands and bouquets to welcome Tejashwi, only to be disappointed. The meeting was also cancelled later due to “unavoidable circumstances”.

“Tejashwi and Tej Pratap often share the stage, but their sibling rivalry is hard to miss. In the run-up to the Lok Sabha election, Tej Pratap often complained about not being given “proper respect” within the party. He, being the elder son, considers himself the heir to his father’s legacy. He fielded rebel candidates against the party’s official candidates. Tejashwi wants him reined in,” said a senior party leader. 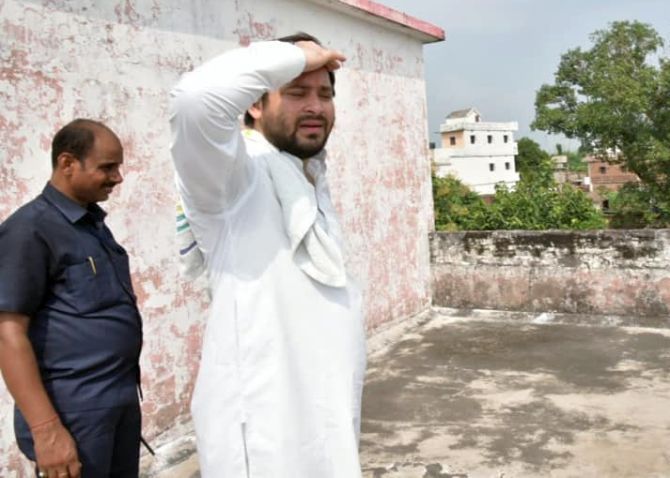 IMAGE: According to insiders, Tejashwi’s self-imposed exile was an attempt to send a message to his father that he wanted a free hand in running the party and the family. Photograph: Tejashwi Yadav/Facebook

Tej Pratap’s maverick image doesn't help him. Last month, he quarrelled with Tejashwi's security guards just after the aforementioned dharna. In July, he went to Deoghar, dressed as Lord Shiva, to offer prayers. His estranged wife, Aishwarya Rai, has filed a divorce application in the Patna Family Court and accused him of being a marijuana addict.

Misa, a Rajya Sabha MP, also wants to assert herself in party matters. “Being the first child of Lalu, she considers herself his heir. She wants her counsel to be heard on important family and political matters. However, neither the party nor the family sees her that way,” said a source.

According to party insiders, the reason for Tejashwi’s self-imposed exile was an attempt to send a message to his father that he wanted a free hand in running the party and the family. If sources are to be believed, Lalu finally gave his blessings to reconstitute the party hierarchy. Plus, the heir has also been assigned the task to start "the talks" with the coalition partners. Insiders also indicate that Tejashwi's recent political activities suggest that the young leader has been given a free hand in the party.

However, the powers come with a caveat -- he would stay out of family matters.

“This means that Tejashwi is now the undisputed leader in the party, but he would not have any say in family matters. This is going to a tough walk as there is a very fine line in the RJD between the family and the party,” a political commentator said. 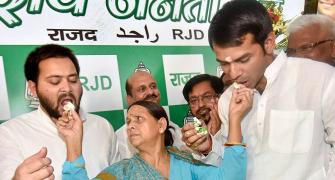 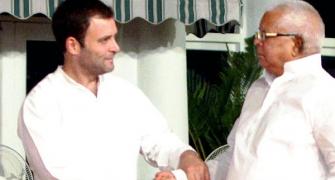 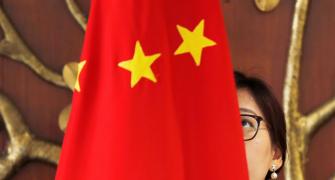 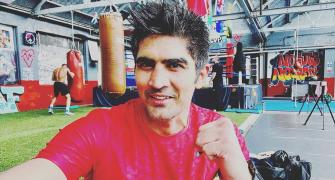 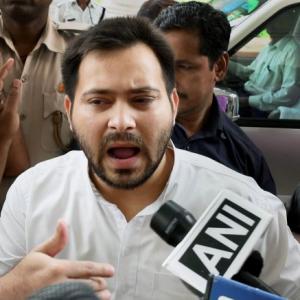 Tejashwi surfaces after a month, explains his absence