L-G yet to clear Kejriwal's Singapore visit even after 2 weeks: Sources This is likely to trigger a fresh round of tussle between the L-G office and the Arvind Kejriwal dispensation. There was no immediate reaction from the L-G office on the matter.

Earlier this week, deputy Chief Minister Manish Sisodia had accused Saxena of "bulldozing the law" to favour the Bharatiya Janata Party after the L-G gave his nod to the Anti-Corruption Branch to probe allegations of irregularities in the construction of seven temporary hospitals here during the Covid pandemic.

Official sources said the file on the chief minister's Singapore visit has been pending with the L-G office for approval since June 7.

"Several important files of the Delhi government have not yet been cleared by the L-G, including the one about the CM's visit to Singapore. The file has been lying with the L-G since June 7. Kejriwal has to participate in the World Cities Summit in Singapore," official sources said.

They claimed that even files on small issues are "stuck" with the L-G office. It may affect governance in Delhi, official sources said.

Officials said according to protocol, any minister including the chief minister or his deputy, has to take approval from the Ministry of Home Affairs for official foreign travels.

The file seeking such approval is routed to the MHA through the L-G.

Earlier this month, some AAP MLAs including Atishi had accused the newly-appointed L-G of "intruding" in the Delhi government's work.

Atishi had accused Saxena of "interfering" with the Delhi government's work and "conspiring" to derail democracy as he visited two Delhi Jal Board facilities and a sewage treatment plant on June 4.

As Delhi chokes, CM Kejriwal flies off to Dubai for 'private' trip 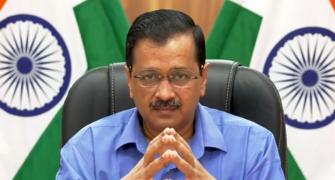 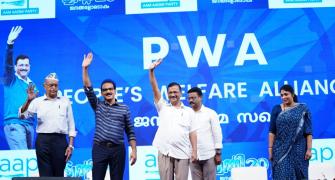 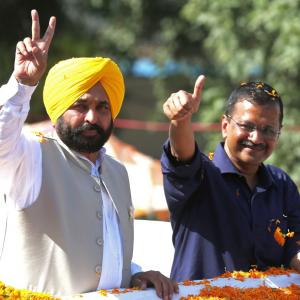