A diplomatic and political row erupted on Wednesday over Arvind Kejriwal's remark about a "new form" of COVID-19 in Singapore prompting the Union government to assert that the Delhi chief minister does not speak for India after the city-state conveyed its strong objections to the "unfounded assertions". 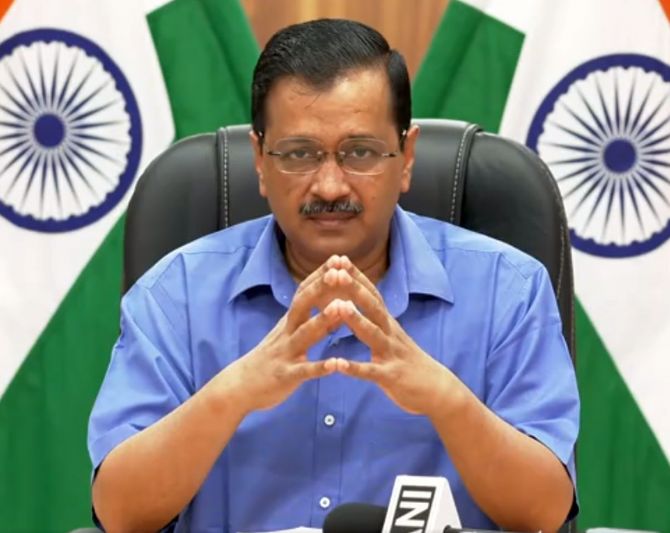 As the government further said that Kejriwal does not have the "competence" to comment on coronavirus variants, the Aam Aadmi Party defended its supremo with deputy chief minister Manish Sisodia saying his remarks were meant to express worry for the children of the country, but the Centre is only focusing on its image abroad.

The Bharatiya Janata Party on its part alleged it was part of the chief minister's "toolkit to spread confusion and anarchy".

The Singapore government called in India's high commissioner P Kumaran to convey its strong objections to Kejriwal's tweet on 'Singapore variant' while its foreign minister Vivian Balakrishnan took to Twitter to say, "Politicians should stick to facts! There is no 'Singapore variant'."

In its statement, Singapore's ministry of foreign affairs said there is no "Singapore variant" and that the strain prevalent in many of the COVID-19 cases in recent weeks is the B.1.617.2 variant, which was first detected in India.

The MFA statement also said it is disappointed that a prominent political figure had failed to ascertain the facts before making such claims.

"The new form of coronavirus in Singapore is said to be very dangerous for children. It could reach Delhi in the form of a third wave. My appeal to the Central government: 1. Cancel all air services with Singapore with immediate effect 2. Work on vaccine alternatives for children on a priority basis," Kejriwal had said in a tweet in Hindi on Tuesday.

Spokesperson in the ministry of external affairs, Arindam Bagchi, said high commissioner Kumaran clarified to the Singapore government that the Delhi chief minister had no competence to comment on COVID-19 variants.

In a series of tweets, Jaishankar appreciated Singapore's role as a logistics hub and oxygen supplier.

"Their gesture of deploying military aircraft to help us speaks of our exceptional relationship," he said.

"However, irresponsible comments from those who should know better can damage long-standing partnerships. So, let me clarify--Delhi CM does not speak for India," Jaishankar said.

Minister Balakrishnan thanked his Indian counterpart and called for focusing on resolving the situation in the respective countries and helping one another, adding, "Nobody is safe until everyone is safe."

Singapore's MFA said the assertions made by Kejriwal were unfounded.

"MFA regrets the unfounded assertions made on Facebook and Twitter by Chief Minister of Delhi Arvind Kejriwal that a variant of COVID-19 found in Singapore was particularly harmful to children and could cause a third wave of infections in India," it said.

"MFA is disappointed that a prominent political figure had failed to ascertain the facts before making such claims."

The MFA also said it met High Commissioner Kumaran this morning to express these concerns.

"As highlighted by MOH (Ministry of Health) in its press release of May 18, there is no 'Singapore variant'. The strain prevalent in many of the COVID-19 cases in recent weeks is the B.1.617.2 variant, which was first detected in India," it added.

The AAP alleged that the BJP and its government were more concerned about their image abroad than the children in India after the saffron party accused Kejriwal of serious violation of constitutional propriety.

"Meddling in foreign policy matters which is as per the Constitution of India is not a state subject amounts to serious violation of constitutional propriety," BJP spokesperson Gaurav Bhatia said.

He charged Kejriwal with seeking political mileage at the cost of India's image with his "irresponsible" tweet.

"Kejriwal has presented his toolkit of spreading confusion and anarchy and seems to be competing with the Congress in propagating lies and destabilizing the country," Bhatia charged.

"Vaccines would be available for the adults as well as children in the country, had our foreign ministry shown same swiftness in procuring vaccines from other countries, with which it has reacted to Kejriwal's statement," Sisodia said.

He said the BJP-led government needs to prioritise children, instead of playing politics and "fixing its image" abroad.

Jain too claimed there was a "different strain" of coronavirus spreading in Singapore.

"There are many strains of coronavirus in India at present... Their presence is ascertained through genome sequencing. It is a different strain (in Singapore) indeed. Whether it is from Singapore, Delhi, America or London, what's important is that the strains are different," Jain told reporters.

Sisodia said, "Kejriwal talked of Singapore strain and the children. The issue is not Singapore but safety of our children."

Chief Minister Arvind Kejriwal rightly notified two facts to the public-- firstly, the development of new strain in Singapore and secondly how this strain might affect children and India needed to be careful, Sisodia said.

"However, instead of preparing or taking any action on this important input, the Central government has shown condemnable behaviour by playing cheap politics of blame and lies," he alleged.

The Delhi unit of BJP slammed Sisodia, saying he was indulging in "melodrama" to save Kejriwal from "embarassment".

"The denial by Singapore government has left CM Arvind Kejriwal shamed before the world and Manish Sisodia today tried to give the issue a melodramatic turn to save him from further embarrassment in Delhi," Delhi BJP spokesperson Praveen Shankar Kapoor said.

Sisodia, however, lashed out at the BJP for "ridiculing" Kejriwal.

"It only indicates that party and and its central government are more worried about Singapore and how Singapore views us. They will not bring vaccines for children but worry about Singapore,� he said.

Singapore high commissioner to India Simon Wong appreciated the Indian government's "crystal clear clarification" on Kejriwal's remarks and said his country reserved the right to invoke the provision of domestic law to check misinformation on some of the comments made by the chief minister.

At the same time, he said his country now wants to put the "unfortunate chapter" behind and focus on collectively dealing with the pandemic.

"I feel that as a Singapore High Commissioner here, my job is to deal with bilateral relationship. We do not dabble in domestic politics. So I leave it to the government of India and political parties to sort it out. For me, I am very assured by the clarifications made by the ministry of external affairs and External Affairs Minister Jaishankar," Wong said. 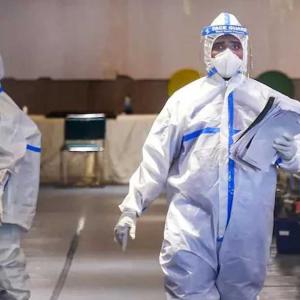