'Perform or make way for others': Kharge's stern message at Cong meet

Congress president Mallikarjun Kharge on Sunday sent out a stern message to leaders to perform or make way for others, and strongly pitched for accountability of office-bearers "from top to bottom" as he presided over the first meeting of the party's steering committee. 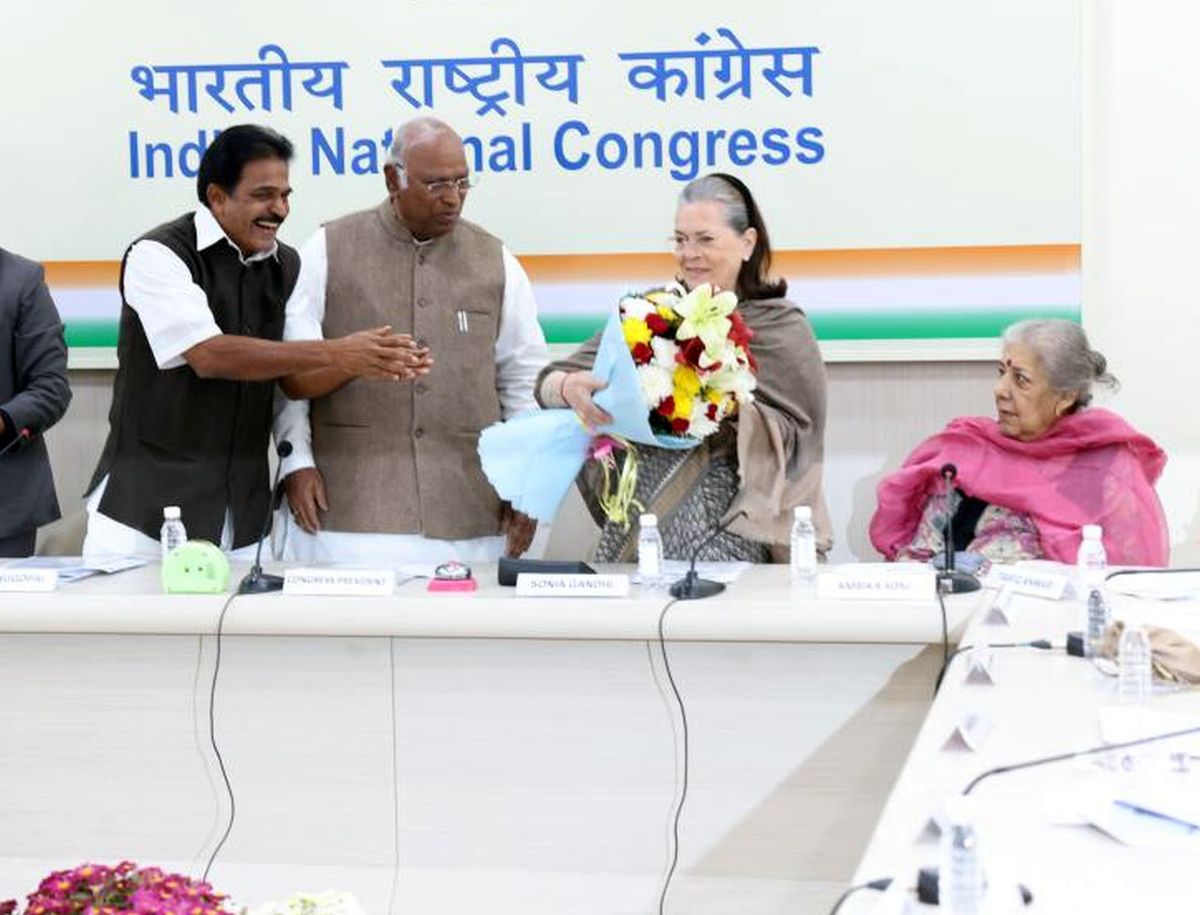 During the meeting at the All India Congress Committee headquarters in New Delhi, the Congress also decided to hold its plenary session in Raipur, Chhattisgarh, in the second half of February, where Kharge's election as president would be ratified.

As the Congress plans to end the Bharat Jodo Yatra by January 26, the Committee decided to continue its mass outreach with the 'Haath Se Haath Jodo Abhiyan (Joining Hands campaign)' till March 26, during which foot marches will be taken out from village to block and district levels and will culminate as public rallies at state headquarters.

The party will also hand out a letter by Rahul Gandhi talking about the core message of the yatra, along with a "charge sheet'' against the Modi government. The party also plans to take out state-level marches by women party workers across the country which will be led by Priyanka Gandhi Vadra.

In his introductory remarks at the meeting, Kharge batted for organisational accountability in the party and said those unable to fulfil their responsibilities will have to make way for their colleagues.

He also asked whether the party in-charges have visited their respective areas for even 10 days in a month.

He also asked state in-charges to submit a roadmap for holding mass movements for raising people's issues over a period of 30 to 90 days and sought a schedule of planned programmes in states where elections are due before 2024.

"I believe that the biggest part of our responsibility towards the party and the country is -- organisational accountability from top to bottom. If the Congress organisation is strong, accountable and lives up to the expectations of the people, only then we will be able to win elections and serve the people of the country," the Congress chief said.

During the meeting of the steering committee, which replaced the party's top decision-making body Congress Working Committee (CWC) till the plenary, the party stressed on unity and urged members to work with a sense of collective purpose to ensure the Congress' victory.

The Congress is mired in factionalism in several states including in Rajasthan and Chhattisgarh, the two states where it is in power of its own.

"The victory of the party will be the victory of every leader and karyakarta and a victory for the idea of India that guided our freedom movement and is enshrined in our Constitution," the party statement said.

During the meeting, the leaders also discussed the party's prospects in Gujarat and Himachal Pradesh, with in-charges in these states giving their reports.

Talking tough, Kharge sent out a stern message to office bearers, saying while there are very responsible people in the party who were doing their duty, "some people had assumed that lack of responsibility will be ignored".

"This is neither right nor acceptable. Those who are unable to fulfil their responsibility will have to make way for their other colleagues," he said.

Kharge said he would like the general secretaries and state in-charges to first fulfil responsibilities.

"You should introspect whether as general secretaries and in-charges of states you tour your respective areas under your charge for at least 10 days in a month.

"Have you visited every district unit and discussed issues with party leaders, inquired about local problems and issues?" Kharge said.

Kharge asked the in-charges if all the District Congress and Block Congress Committees have been formed under them and whether the organisation is fighting for the people's issues.

"Have more and more new faces been given a chance at the block and district levels?

"How many units are there where the district and block units have not been changed for five years? How many times agitations have taken place on the directives of the AICC on local problems," Kharge said.

He also said unless general secretaries and in-charges, secretaries, state Congress chiefs, party MLAs and MPs do not prepare a blueprint for actions at the ground level, "our responsibilities cannot be fulfilled".

"I hope that all of you will prepare a blueprint for the organisation and mass movements and discuss it with me in the next 15 to 30 days," the Congress chief said.

The Committee unanimously resolved that the 85th Plenary Session of the Congress will be held at Raipur in Chhattisgarh in the second half of February 2023, Congress general secretary K C Venugopal said at a press conference.

Chhattisgarh is going to polls later next year.

"We will have a discussion on various subjects at this three-day plenary session. There will also be a big public meeting," he said.

The steering committee meeting also held a review of the Bharat Jodo Yatra and a future course of action was decided upon.

"It has been decided that a massive campaign 'Haath Se Haath Jodo Abhiyan' will be carried out from January 26 for two months," he said.

Venugopal said it is not practical for Rahul Gandhi to attend the winter session of Parliament as he is undertaking the yatra.

Asked whether the new CWC will be an elected body, Congress general secretary in-charge communications Jairam Ramesh said that it would be formed as per the Congress Constitution.

He said the party is aiming to finish the Kanyakumari to Srinagar yatra by January 26. It will enter Delhi on December 24 and the containers will be serviced for a few days here, he said.

In a statement, the party said it has a critical role to play in finding solutions to challenges before the country.

The committee also noted the "overwhelming success" of the Bharat Jodo Yatra and the wide participation of lakhs of people.

"The Committee particularly appreciated the leadership of former president Rahul Gandhi, whose 'Tapasya', unfailing determination, and love for India and her people have been critical to the success of the Yatra," the party said.

"His inflammatory rhetoric during the recent election campaigns in Gujarat and Himachal Pradesh has further polarised the polity and society at a time when serious discussion and debate are needed," it alleged.

Kharge claimed Bharat Jodo Yatra has taken the form of a national movement, saying that it is scripting history under the leadership of Rahul Gandhi.

"It is a movement that has called for a decisive war against the back-breaking inflation, unemployment, intolerable economic and social inequality, and the politics of hatred in the country," he said

The biggest success of this journey is that the Bharat Jodo Yatra has taken the form of a national mass movement, he said.

He also said it is the duty of Congress persons to fight against ruling forces that sow "seeds of hatred" and "reap fruits of division". This is our 'rashtradharm', he added.

Rahul Gandhi did not attend the meeting due to the Bharat Jodo Yatra which is set to enter Rajasthan on Sunday evening.

Priyanka Gandhi Vadra was also not present at the meeting. 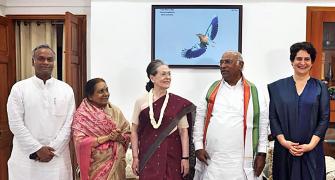 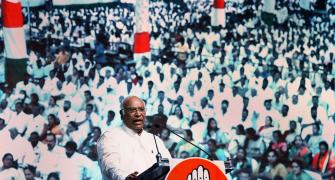 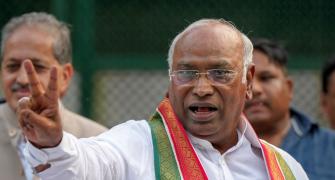 Mallikarjun Kharge: From a union leader to Cong prez 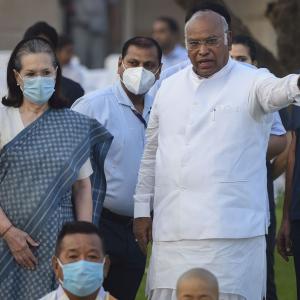 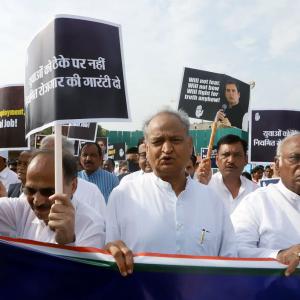