It has been over a month since markets reopened in the national capital after the government eased the restrictions imposed in view of COVID-19 but it is not business as usual at the popular hotspots of Khan Market and Connaught Place. IMAGE: People shopping at Khan Market in New Delhi before the nationwide lockdown was imposed to contain the spread of COVID-19. Photograph: Arun Sharma/PTI Photo

Deserted streets, limited customers, no revenue generation, huge rentals and restricted operations have forced many outlets to put their shutters down permanently while many others are struggling to survive by retrenching staff and tightening their purse strings on several other expenses.

According to Atul Bhargava, president, New Delhi Traders Association, business in the past month has been around 10 per cent of what it used to be earlier.

"There are hardly five customers in a day at any outlet. Though we are doing everything to instill confidence among customers and ensure their safety -- sanitisation, social distancing, all these measures are strictly being implemented but still it is no where near a no-profit-no-loss situation," he told PTI.

Popular restaurants Garam Dharam and Pebble Street in Connaught Place are among those who succumbed to the pressure of losses and closed down.

At least 20 other restaurants have retrenched over half of their staff.

"It came down to the maths. The rentals are huge, we could not get any leverage form the landlord and it is not certain when people will actually start to dine out. Plus (there are) government restrictions on bars.

"It was like running operations from the pocket but how long could it have been afforded." a representative at Pebble Street said.

A similar situation is being faced by traders at the posh Khan Market, which was frequented by the high and mighty of the city before the COVID-19 lockdown.

Rent woes and no earnings from their Khan Market outlets forced Full Circle Bookstore and Cafe Turtle to shut shop, bringing down the curtains on a 20-year old legacy.

"We could no longer afford the rent. We tried to negotiate with our landlord, but didn't get any relief at all. There was no earning for over three months.

"The losses ran too high. There was no other option" said Priyanka Malhotra, director, Full Circle Bookstore.

According to Sanjeev Mehra, President of Khan Market Traders Association, dining out is no longer a hallmark of the city.

"With reduced operating hours, no serving of alcohol and no waiver of license fee by civic authorities, operating restaurants is no longer a viable proposition for many.

"Without any support from landlords and state government, many would put their shutters down in Khan Market," Mehra said.

The Coffee Bean and Tea Leaves, Harry's Bar, Smoke House Deli, Side Wok, a European eatery, a cafe-cum-bar, and a burger and barbeque joint besides two retail outlets and a beauty salon are among those who have already closed down in Khan Market or have informed their landlords about closing down soon.

After being closed for nearly two months due to the pandemic-induced lockdown, the markets in the national capital reopened on May 20, while restaurants were allowed to reopen two weeks later.

However, bars have not been allowed to open yet. 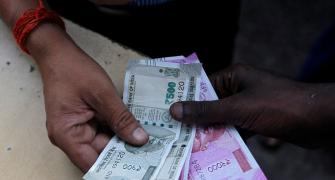 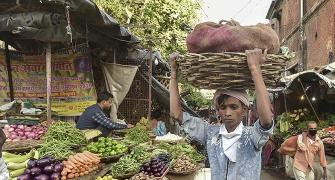 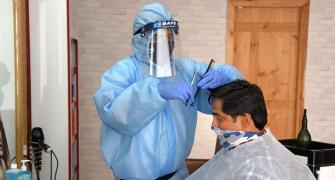