The Supreme Court on Tuesday asked the Centre to file an affidavit on its claim that some banned organisations including 'Khalistanis' have infiltrated the ongoing farmers protest against the new farm laws. 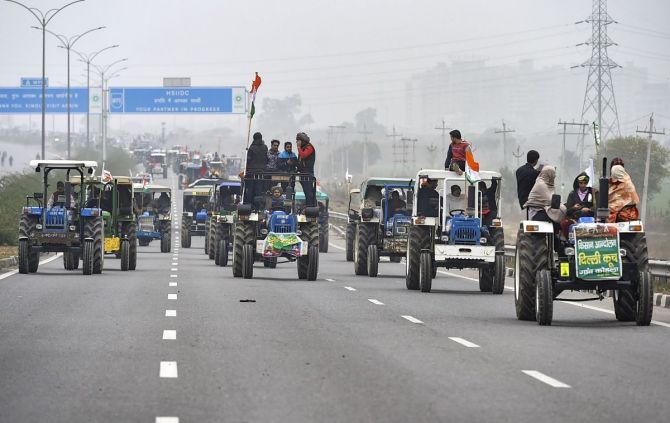 Attorney General K K Venugopal, appearing for the Centre, said that 'Khalistanis' have infiltrated the protest and he will file an affidavit along with the necessary inputs of the intelligence Bureau.

A bench of Chief Justice Sharad Arvind Bobde and Justices A S Bopanna and V Ramasubramanian, which was hearing a clutch of petitions against the farm laws and the ongoing farmers protest at borders of Delhi, asked Venugopal to file the affidavit by Wednesday.

The bench, in its order, said, 'Laudably, the farmers have so far carried on the agitation peacefully and without any untoward incident.

'But it was pointed out in the course of hearing that a few persons who are not farmers have also joined, with a view to show solidarity with the farmers.'

It said that an apprehension was expressed that the possibility of some persons creating trouble cannot be entirely ruled out.

'In fact, a specific averment is made in an intervention application filed by one Indian Kisan Union, in... that an organisation by name 'Sikhs for Justice', which is banned for anti-India secessionist movement is financing the agitation.

'This averment is supported by the learned Attorney General also,' it said.

During the hearing, senior advocate P S Narasimha, appearing for intervenor 'Indian Kisan Union' supporting the new farm laws, alleged that some banned organisations have been fuelling the protests of farmers.

These kinds of protests can be 'dangerous' he said, adding that groups like 'Sikhs for Justice' are involved in these agitations.

The bench told Venugopal that somebody has made an allegation here on record that there are some banned organisations which are helping the protest.

"Will you confirm this or deny?" the bench asked the AG.

The attorney general said, "We have said that 'Khalistanis' have infiltrated the farmers' protest. We can file an affidavit by tomorrow, along with the report of the intelligence bureau."

The top court stayed the implementation of controversial new farm laws till further orders and decided to set up a four-member committee to resolve the impasse over them between the Centre and farmers' unions protesting at Delhi borders.

The top court stayed the implementation of the three laws -- the Farmers' (Empowerment and Protection) Agreement on Price Assurance and Farm Services Act, the Farmers' Produce Trade and Commerce (Promotion and Facilitation) Act, and the Essential Commodities (Amendment) Act -- against which several petitions have been filed challenging their constitutional validity.

On Monday, the apex court had pulled up the Centre for its handling of the farmers' protest against the new farm laws saying it is 'extremely disappointed' with the way negotiations between them were going and it will constitute a committee headed by a former Chief Justice of India to resolve the impasse. 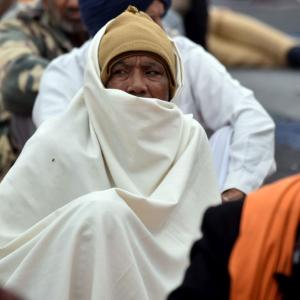 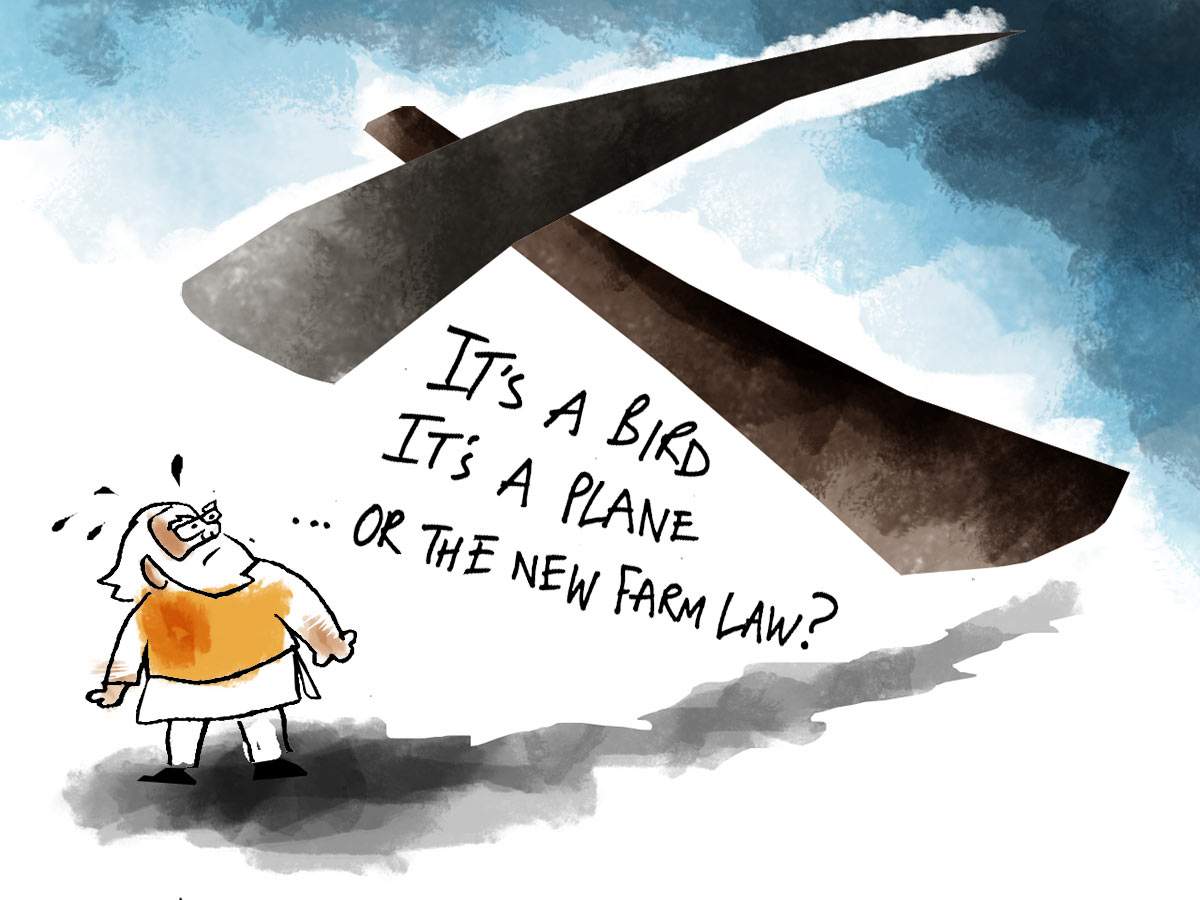