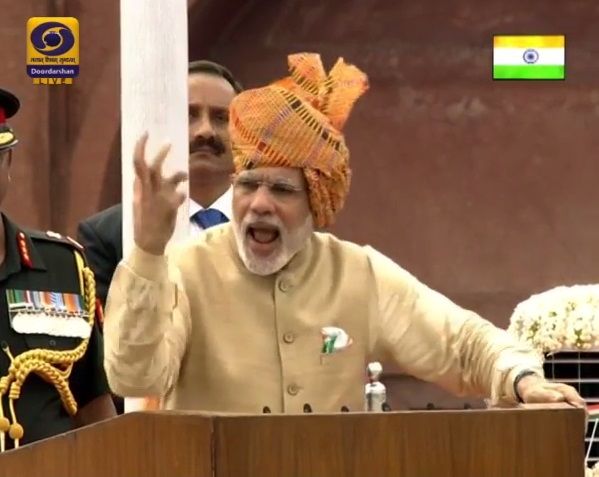 Highlights of Prime Minister Narendra Modi's address to the nation on India's 69th Indepedence Day from the ramparts of the historic Red Fort.

1) I assure the servicemen and I am saying it under the Tricolour from the Red Fort; we have accepted OROP. Some talks are still on. The way the talks are going on; I am expecting something positive.

2) Our unity, simplicity and brotherhood are our assets. These should never be blemished. We have to end the curse of casteism, communalism with the sweetness of development.

3) This country is moving forward due to Team India -- this team is made up of 125 crore Indians. Whatever we (government) are doing, its powered by this Team India.

5) In this country, even an unhealthy person will give advice on good health. That's what happens in the case of corruption as well.

6) Some people like to remain in 'Nirasha'. And they are not satisfied till they have spoken about it to other people.

7) It has been 15 months now since we formed the government. Yet there has not been a single accusation of corruption of even a Rupee.

8) Some people are troubled by our anti-corruption law. But sometimes when the illness is dangerous, an injection is given. There could be side effects, but this is the cure. The black money law and its stringent provisions will not be diluted despite pressures. Rs 6,500 crore was disclosed under the compliance window of black money & foreign assets law.

10) Simplicity and unity are India's strength, it should never be tainted or hurt. If the unity of India is destroyed then the dreams of the people are also destroyed. 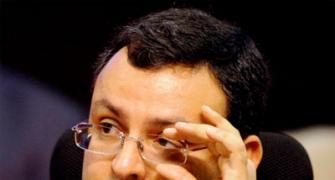 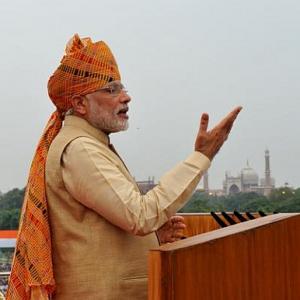 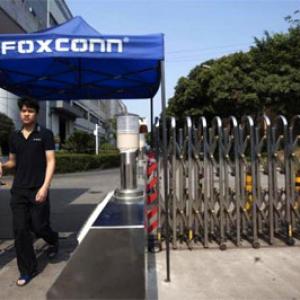