Delhi Police dossier on Sayed Maqbool reveals that he worked both for the Indian Mujahideen and the Lashkar-e-Tayiba, and had even recced Dilsukhnagar, reports Vicky Nanjappa

The linking of the Lashkar-e-Tayiba and the Indian Mujahideen to the Hyderabad blasts could be found in the manner in which one of the key accused Sayed Maqbool was brought into the picture.

Investigations by the Delhi Police have revealed that the Indian Mujahideen had surveyed Hyderabad while planning an attack, and the man assigned for the job was Lashkar-e-Tayiba recruit Sayed Maqbool, the main accused in the twin blasts case.

The Delhi Police dossier on Maqbool -- a copy of which was handed over to the National Investigation Agency and the Hyderabad police -- shows that Maqbool was spotted by a man called Azam Ghori way back in 1999. Ghori, a Lashkar operative met Maqbool at Nizambad during a Tableeghi Jamaat meeting. Maqbool was only 17 at that time and is said to have shown great promise to the cause. During that meeting the duo discussed social causes and also the problems that the community was facing. Ghori was impressed with Maqbool and told him to join the set up.

Maqbool, alias Zuber, was introduced to another Lashkar operative by the name Shafi Ahmed. The Lashkar at that time ran an outfit in Hyderabad called the Indian Muslim Mohammedi Mujahideen. Over the years Maqbool grew higher in the ranks and managed to recruit several youngsters. He continued to be an operative for the Lashkar while working under the banner of the IMMM.

Maqbool spent a lot of time in Hyderabad and other parts of Andhra Pradesh. He realised that the best way to ignite passions was through communal tension. He was even involved in the murder of a jeweller, Mahaveer Prasad. While the police claim that this was done to ignite communal tension, another probe says that it was part of an extortion racket to raise funds.

In 2000, Azam Ghori died in a police encounter in Karimnagar district, while Maqbool was arrested in connection with the murder case and was released on parole in 2004. These incidents had slowed down the activities of the IMMM and Maqbool decided to move to Nanded in Maharashtra. He also faced a social boycott in Hyderabad. However, in 2006 he returned to Hyderabad and got in touch with a political leader for whom he did odd jobs. He lived in a room at Chandrayangutta and later at Shaheen Nagar.

He continued to carry out odd jobs until the 2007 Mecca Masjid blast. He used this volatile situation to his advantage and gradually commenced terror activities, say the police.

In 2008, Maqbool joined hands with the Indian Mujahideen and has been working in Andhra Pradesh since then.

During his visits to Maharashtra he met with several IM operatives including founder leader Yasin Bhatkal. Maqbool had also played a vital role in arranging for foot soldiers for the 2012 Pune blasts.

Maqbool surveyed Abids and Dilsukhnagar in 2011and handed over a plan to the IM. He, however, continued to work for the Lashkar-e-Tayiba.

Police sources say that the plan was drawn out several years back, but the IM acted on the directive of the Lashkar. 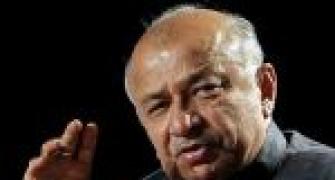 'Shinde a good man, but not fit for role of home minister' 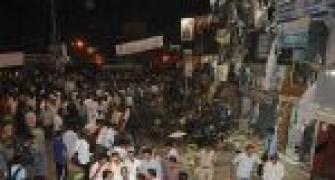 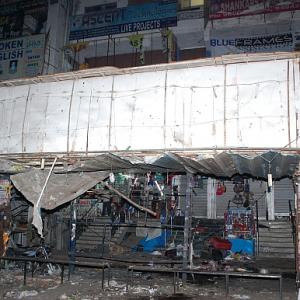 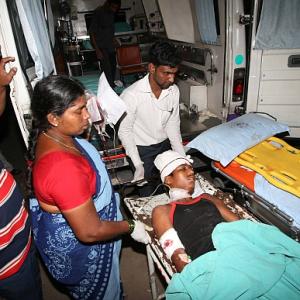