Kerry to arrive in India on Sunday for strategic dialogue 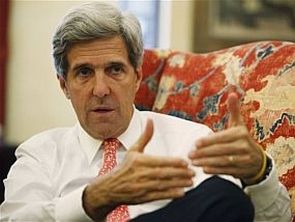 United States Secretary of State John Kerry will travel to India on June 23 to co-chair the 4th India-US strategic dialogue, his spokesperson said on Wednesday.

Unlike his predecessor, Hillary Clinton, who had visited other Indian cities besides New Delhi during her three trips to the country, Kerry would be staying in New Delhi only. "Topics for discussion will include bilateral and regional economic engagement, regional security and defence, science and technology, climate change, and other global issues such as women's empowerment, non-proliferation and space cooperation," state department spokesperson Jen Psaki said in a statement.

Arriving in New Delhi from Doha on June 23, Kerry during his stay there till June 25 will chair the insurgency delegation to the fourth annual US-India strategic dialogue. External Affairs Minister Salman Khurshid would co-chair the dialogue with Kerry on June 24.

"The strategic dialogue, inaugurated in 2009, is a forum for discussing the full range of US-India cooperation on bilateral and regional issues, reflecting the strong strategic partnership between our countries," she said.

While in Delhi, Kerry will also open the second annual US-India higher education dialogue, deliver a policy speech on bilateral and regional issues, and meet with young leaders and innovators at an event highlighting US-India cooperation on clean energy, climate change, science and technology, and poverty alleviation.

Kerry's India visit is part of a 10-day long Asia trip, beginning Doha from June 22 to 23 in Doha where he is scheduled to meet with senior Qatari officials to discuss bilateral and regional issues.

"The secretary will also participate in a meeting with the 'London 11' foreign ministers to discuss the situation in Syria, including support to the Syrian opposition and efforts to advance a political solution," Psaki said.

In Jeddah on June 25, Kerry is scheduled to participate in meetings with senior Saudi officials. They will discuss a range of bilateral and regional issues.

In Kuwait City on June 26, he is scheduled to meet with senior Kuwaiti officials to discuss the range of bilateral and regional issues. On June 27-29, Kerry will travel to Amman and Jerusalem to hold meetings with Jordanian, Israeli, and Palestinian Authority officials on advancing Middle East peace.

"The final stop on Secretary Kerry’s trip will be Bandar Seri Begawan, Brunei, where he is scheduled to participate in several annual regional conferences from June 30-July 2," she said.

On July 2, Kerry will participate in the 20th ASEAN Regional Forum and the 3rd East Asia Summit Foreign Ministers' Meeting. "While in Brunei, Secretary Kerry is scheduled to participate in other bilateral meetings with Bruneian officials, including with the Sultan of Brunei, on the margins of the ASEAN-related events," Psaki said. 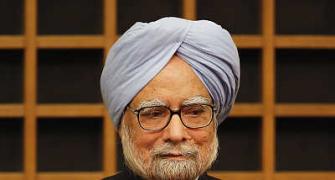 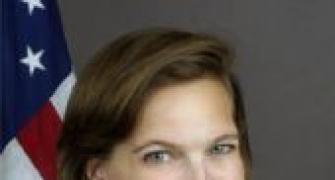 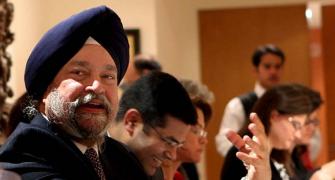 'India-US ties most important, need to be insulated' 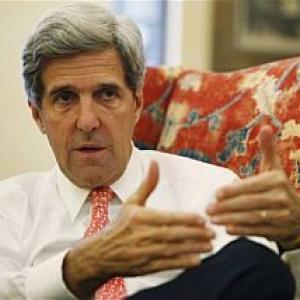 US Secretary of State John Kerry to visit India in June 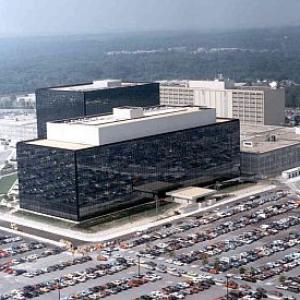 Americans must trust their government: Kerry