Kerala health minister Veena George initiated a high-level inquiry into the death of a youth, after he died with monkeypox-like symptoms. The youth hailed from Chavakkad Kuranjiyur in Thrissur district and tested positive in a foreign country.

"The result of the test conducted in the foreign country was positive. He sought treatment in Thrissur due to severe fatigue and encephalitis and Monkeypox is not a fatal disease," said George.

She said that delay in seeking treatment will be investigated.

The health department called a meeting in Punnayur regarding the death of a young man due to alleged monkeypox.

Notably, India has reported five cases of monkeypox so far, of which three cases are from Kerala, one is from Delhi and one from Andhra Pradesh's Guntur.

Following this, the central government is on an alert even as the count of infections in some other countries has risen.

NITI Aayog's member (health) Dr VK Paul said that there is absolutely no need for any panic as the government has taken significant measures to keep the disease in check.

In an Interview with ANI, Dr Paul sought to assert that there was no need for any undue panic but added that it was still important that the country and the society stay vigilant.

"There is no need to panic, as of now, but one must report in time if they spot any symptoms, he said.

According to World Health Organisation, more than 18,000 cases have been reported from 78 countries.

"The monkeypox outbreak can be stopped if countries, communities and individuals inform themselves, take the risks seriously, and take the steps needed to stop transmission and protect vulnerable groups," said Dr Tedros, Director General, WHO on Thursday.

Monkeypox is a zoonotic disease caused by the monkeypox virus, which belongs to the same family of viruses that causes smallpox.

The disease is endemic in regions like West and Central Africa but lately, cases have been reported from non-endemic countries too, according to the WHO. 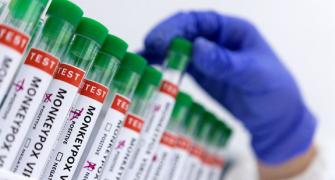 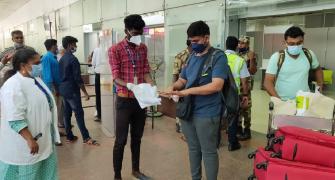 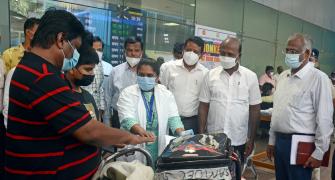