When a Congress activist took photos of 20 top Indian freedom fighters online to put up an 88-feet long banner as part of welcoming Bharat Jodo Yatra participants, he never thought it would become an embarrassment for the grand old party and the BJP leadership highlighting it nationally.

IMAGE: Picture of VD Savarkar being covered by a picture of Mahatma Gandhi (right) on the campaign poster of Bharat Jodo Yatra that was put up, in Kochi, September 21, 2022. Photograph: ANI Combo Photo

Congress activist Suresh Athani realised the gravity of the "grave error" he committed when a person shot the video of the banner which had the photo of VD Savarkar whom the Congress considered as a person who ditched the freedom movement by tendering an apology to the British colonial authorities, and circulated it on social media.

A red-faced Ernakulam District Congress Committee, which arranged a massive preparation for welcoming the Rahul Gandhi-led foot march, resorted to a firefighting exercise by immediately suspending Suresh, who is the Nedumbassery Congress Mandalam secretary, from the primary membership of the party.

The teary-eyed Congress worker said he committed a "grave error" and appealed to the party workers and leaders to accept his apology.

"My carelessness has put the party in a huge crisis. I am very sad as it has caused an embarrassment for the party," Suresh told the media.

The face of Savarkar in the banner put up near Cochin International Airport was later covered with a photo of Mahatma Gandhi.

The issue grabbed national attention with the BJP central leadership taking a dig at the Congress, describing it as a "good realisation" for Rahul Gandhi.

Hitting back at the BJP, Congress spokesman Pawan Khera tweeted: "Typical Malaviya BS that is peddled as history. Nehru spent a total of almost ten years in jail and never ever submitted a mercy petition like Savarkar first and later Vajpayee and others. Let's talk about the Bateshwar back stabbing..."

Although stringent action was taken against Suresh, Ernakulam District Congress sources said he was a sincere party worker who had been fully engaged in the works to ensure the yatra turns out to be a success in his areas.

A party source told PTI that the photos were selected from Google by a staff of the agency that printed the banner on the basis of Suresh's directive and he was not aware of the fact that Savarkar was placed in the third position of the list of India's top 20 freedom fighters.

But the damage was done and there was no other way than to take disciplinary action against Suresh, the source said. 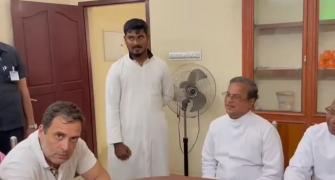 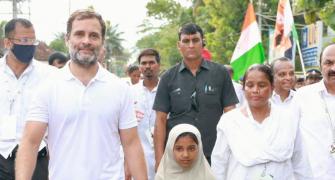 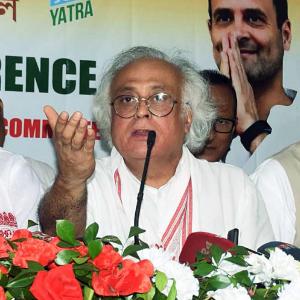 Congress may plan another Bharat Jodo Yatra next year 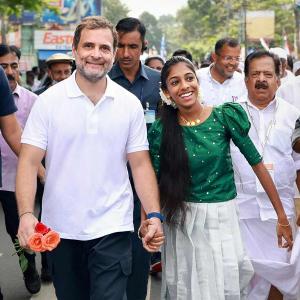 Huge turnout lines up in Kerala for Rahul's yatra