Delhi government on Thursday decided to give an option to power consumers to opt out of electricity subsidy scheme from October 1. In a press briefing, Chief Minister Arvind Kejriwal said citizens suggested to him that the power subsidy provided to financially stable families could be used on upgrading schools and hospitals in the city.

The consumers in Delhi at present get "zero" power bill up to 200 units of electricity and a subsidy of Rs 800 on consuming 201 to 400 units of power per month.

The process of asking and giving the people a choice to opt for subsidised or non-subsidised electricity will begin very soon, Kejriwal said.

The option given to financially-able consumers to surrender subsidy is expected to help lower the subsidy amount that has been rising over the years, a senior government officer said.

The government can spend the saved money on development and welfare works, he added.

"The Delhi government will now ask the people whether they want to avail subsidy on electricity. From October 1, only those consumers who opt for it will be provided the subsidy," Kejriwal said.

"Over the years, the government has received many suggestions through letters as well as in-person interactions with us, acknowledging their privilege and the fact that some financially stable citizens and families do not have a need for these subsidies," he added.

The cabinet in a meeting chaired by Kejriwal approved the proposal of the power department to continue the electricity subsidy scheme in the fiscal year 2022-23.
Continuation of this scheme is expected to benefit 47,11,176 families.

Other consumers availing benefit of subsidy scheme include 758 families under anti-Sikh riot victims category who get 100 per cent subsidy upto monthly consumption of 400 units. There are 10,676 farmers who get subsidy of Rs 105 per KW per month on fixed charges.

A total of 4,899 lawyers whose chambers lie in court premises get subsidy akin to domestic consumers.

The Kejriwal government had in August 2019 announced the free electricity scheme for consumers utilising up to 200 units per month and 50 per cent subsidy to those consuming up to 400 units.

Source: PTI  -  Edited By: Senjo M R© Copyright 2022 PTI. All rights reserved. Republication or redistribution of PTI content, including by framing or similar means, is expressly prohibited without the prior written consent.
Related News: Arvind Kejriwal, Delhi
Print this article 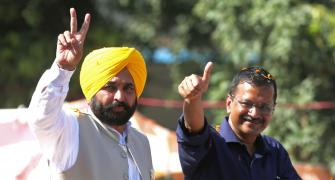 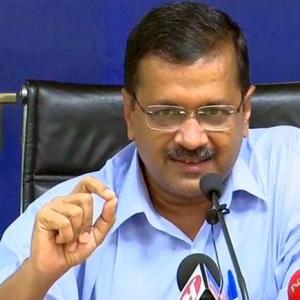 Free electricity for usage up to 200 units: Kejriwal 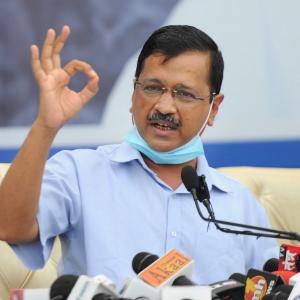