Sedition charge against Kashmiri students, who cheered for Pak, dropped 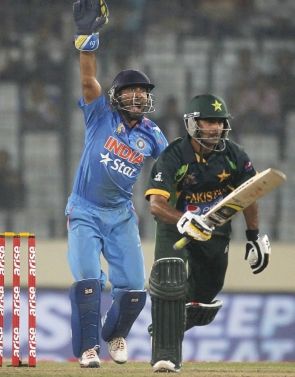 Around 60 Kashmiri college students studying in Meerut were charged with sedition on Thursday by the Uttar Pradesh police for cheering Pakistan's victory against India during a recent cricket match but late in the night it was withdrawn.

The police action of booking the students on sedition charges in its first information report sparked an outrage in Kashmir Valley.

Jammu and Kashmir Chief Minister Omar Abdullah slammed the action as uncalled for and an "unacceptably harsh punishment" and said it will ruin the future of the students and further alienate them. He asked the UP government to reverse the decision.

Omar spoke to UP Chief Minister Akhilesh Yadav who too felt that such action was not warranted against the students. He said, “They may have shouted something in excitement without realising its implications.”

The minimum punishment for a sedition offence is three years and the maximum is life sentence.

Late on Thursday, UP Principal Secretary (home) Navneet Sehgal said the sedition charge has been withdrawn.

Separately, Meerut district authorities ordered a magisterial inquiry into the conduct of the students studying at Swami Vivekananda Subharti University.

Manzoor Ahmad, vice chancellor of the university, said a three-member committee under a Kashmiri professor has been set up and a decision on revocation of their suspension will be taken based on its report, which is expected in a few days.

On apprehensions of the Kashmiri students that they may be targeted if they return to the university, he held out an assurance that this will not happen.

Omar, however, said that what the students did was wrong and misguided. "The sad fact is that some of these students are recipients of the PM scholarship for Kashmiris. Perhaps they need to introspect," he tweeted.

After preliminary investigations, the authorities had expelled 60 Kashmiri students for three days and asked them to vacate the hostel after they cheered for Pakistan in the Asia Cup match in Dhaka and celebrated its victory against India on Sunday.

Earlier, Special Superintendent of Police (Meerut) Omkar Singh said that on the basis of the complaint submitted by University Chancellor PK Garg, unnamed Kashmiri students have been booked under section 124 A (sedition), 153 A (promoting enmity between different groups) and 427 (mischief) of the Indian Penal Code.

Around 200 Kashmiri students are enrolled in BTech and law courses in the university.

The opposition Peoples Democratic Party in Jammu and Kashmir demanded that the punitive action including sedition charge be dropped and the university authorities apologise to the nation.

The ruling National Conference voiced its anger at the action, saying the students have not harmed national integrity.

Two of the students identified as Gulzar and Mateef said the FIR was "illegal" and they had done no wrong and only cheered for a "talented team". They said they won't go back to Meerut without any guarantee for their safety.

Image: A scene from the India-Pakistan cricket match What was the resolution on Kashmir? India is entitled to know: Jaitley to PM 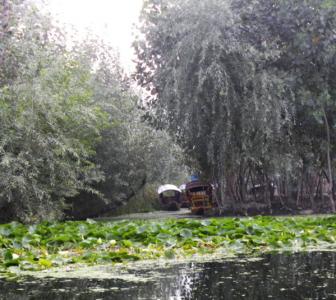 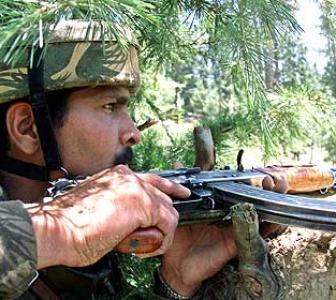 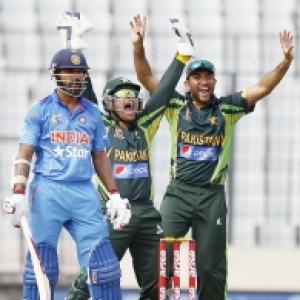 Kashmiri students speak up: 'We were cheering the better players'