Karnataka to run trains from Friday to send migrants home

Taking a U-turn, the Karnataka government has decided to deploy special trains from Friday to send back stranded migrant workers to their natives and sought approval of receiving states for the process, days after it abruptly withdrew a request sent to the Railways. 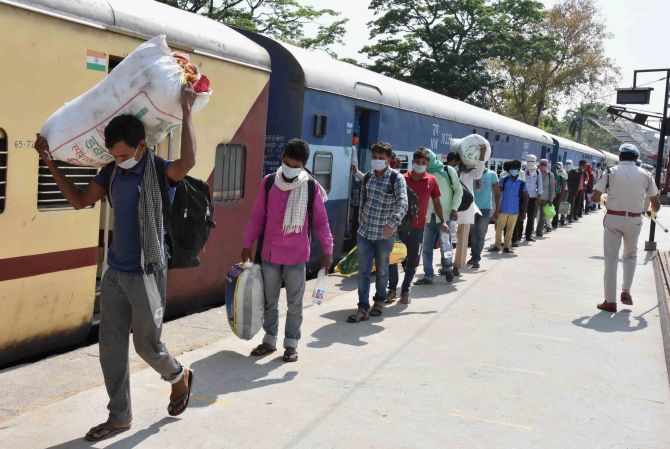 In separate letters, state Principal Revenue Secretary N Manjunatha Prasad, who is also the Nodal Officer for migrant labourers movement, asked his counterparts to give in principle approval for movement of special trains everyday, starting from Friday.

Prasad informed his Bihar, Jharkhand, Uttar Pradesh, Madhya Pradesh and West Bengal counterparts that Karnataka intends to run two trains to the states a day till May 15 for ferrying the thousands of migrant workers stranded in the city and other districts due to the COVID-19 lockdown.

The state plans to run one train each a day to Manipur and Tripura.

The fresh move came two days after the government withdrew its request to the railways to run special trains for the migrants within hours of making it on Tuesday.

The decision to withdraw the plea for special trains was made hours after Chief Minister B S Yediyurappa on Tuesday appealed to the workers to stay put in the state assuring them that they would be provided jobs with the easing of lockdown curbs.

Yediyurappa's appeal, second since last week, came amid fears expressed by industries and construction sector about shortage for labourers as they resume operations.

However, the desperate workers, left without jobs for long, have been keen on returning home.

Incidentally, a section of migrant labourers from Uttar Pradesh, Bihar, Odisha and West Bengal had created a ruckus in the city on May 4, demanding that they be sent home.

They also allegedly roughed up some policemen. 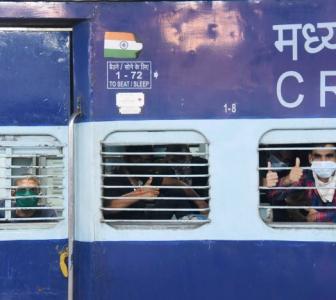 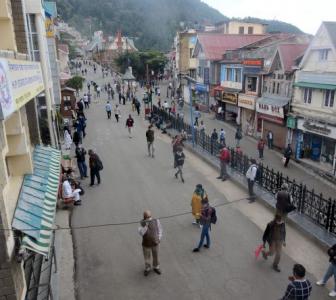 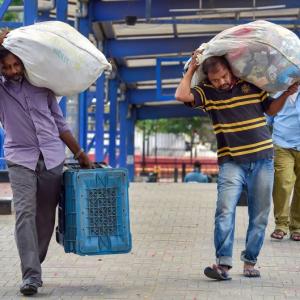