Even as the stalemate over government formation in Maharashtra continues, senior Shiv Sena leader Sanjay Raut on Monday tweeted a photo of him with party chief Uddhav Thackeray along with a message, saying "journey is enjoyable before reaching the goal". 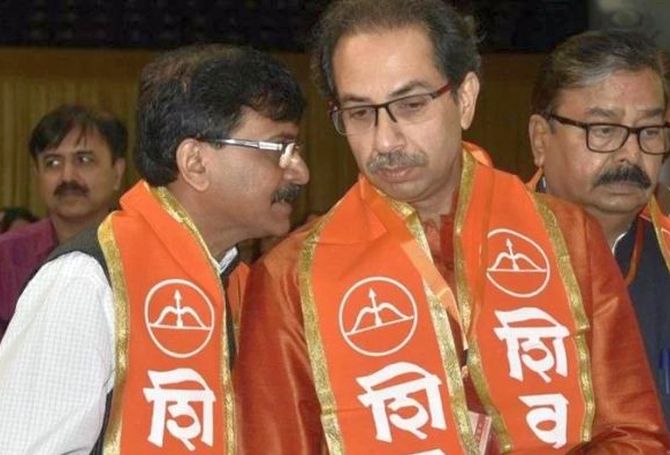 The Rajya Sabha member, whose party espouses the cause of 'Marathi Manoos', posted the message in Hindi on his Twitter handle.

Raut in the post also greeted his followers with the slogan "Jai Hind", even as the party has since long been insisting on using the salutation -- "Jai Maharashtra".

Amid standoff with ally its ally -- the Bharatiya Janata Party -- over formation of the next government in Maharashtra, Raut is scheduled to meet with Governor Bhagat Singh Koshyari on Monday evening.

The meeting is slated to take place a day after Raut claimed his party would soon have its chief minister with the support of "170 MLAs".

With the deadlock over formation of government continuing in the state, Raut also said on Sunday that talks with the BJP will take place only on the issue of the chief
minister's post.

The BJP and Shiv Sena, which contested the October 21 state elections together, have been locked in a bitter battle over sharing of the chief minister's post and are yet to start formal talks over government formation. 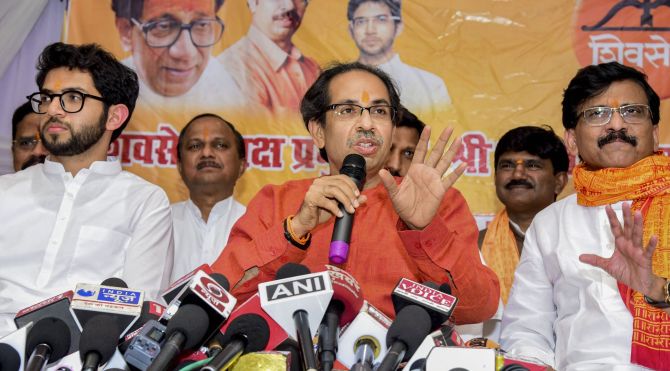 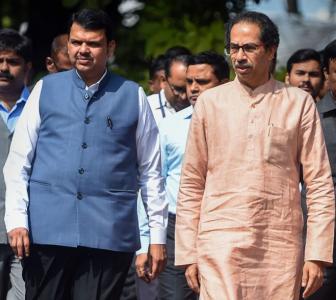 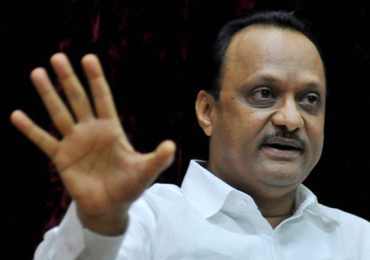 Raut 'texts' Ajit Pawar, he says will call back