The Press Council of India and News Broadcasters Association, the two regulatory bodies for print and television media respectively, will determine whether the news is fake or not. 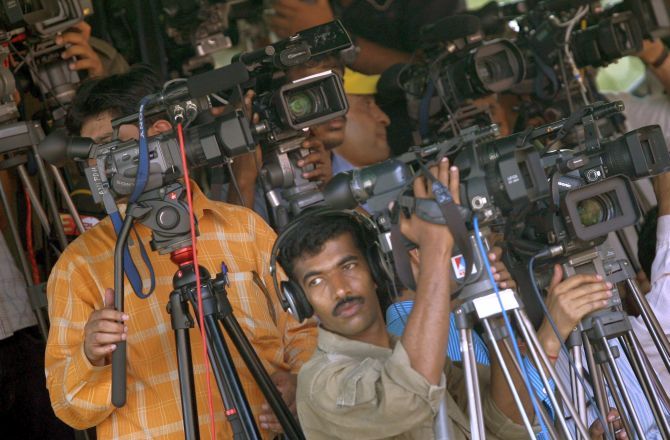 IMAGE: As per the guidelines, f the publication or telecast of fake news is confirmed, the accreditation of that journalist would be suspended for a period of six months in the first violation and for one year in case of a second violation. In case of a third violation, his or her accreditation would be cancelled permanently. Photograph: Arko Datta/Reuters

The government on Monday evening said the accreditation of a journalist could be permanently cancelled if the scribe is found generating or propagating fake news, as it came out with stringent measures to contain the menace.

In case of a third violation, his or her accreditation would be cancelled permanently, the information and broadcasting ministry said in a release.

It said any complaint of instances of fake news would be referred to the Press Council of India, if it pertains to print media, and to the News Broadcasters Association, if it relates to the electronic media, for determination of the news item being fake or not. This determination is expected to be completed within 15 days by these agencies, the ministry said.

The Accreditation Committee of the Press Information Bureau, which consists of representatives of both the PCI and the NBA, would be reached out for validating any accreditation request of any news media agency, it said.

"Till now there was an informal emergency on media, except few all were scared, and fell in line. Now formal emergency. Who is govt to regulate press? And will journalists raise their voice ag this draconian rule? Like they did ag Rajiv Gandhi on defamation law ? I doubt!!
-- Ashutosh, AAP leader

"Make no mistake: this is a breathtaking assault on mainstream media. Its a moment like Rajiv Gandhis anti-defamation bill. All media shd bury their differences and resist this."
-- Shekhar Gupta, journalist

"So basically its a gag order. Because anyone can accuse a journalist of fake news and get their accreditation taken away, without a probe. This is sheer harassment of the press, nothing more. And what about the fake news factories like Postcard News? They arent accredited."
-- Nidhi Razdan, journalist

"The idea that the government can decide what constitutes #FakeNews & suspend the journalist for 15days is deeply disturbing . This is the biggest attack on the freedom of press!" -- Tehseen Poonawalla, Congress leader

"And who decides what is "fake news" ? You? Your party? Did the Bharat bandh happen yesterday? Or was it all just "fake news?" Is unemployment "fake news?" Demonetisation deaths? "Fake news", right? What about exam paper leak? "Fake" or real?"
-- Sagarika Ghose, journalist

While examining the requests seeking accreditation, the regulatory agencies would check whether the ‘Norms of Journalistic Conduct’ and ‘Code of Ethics and Broadcasting Standards’, prescribed by the PCI and NBA respectively, are adhered to by the journalists as part of their functioning, the ministry said.

It would be obligatory for journalists to abide by these guidelines, it said

Following the news, Congress leader Ahmed Patel questioned the government’s attempt to check fake news, asking whether it was aimed at preventing journalists from reporting news uncomfortable to the establishment.

He also asked who will determine if a reported news item is “fake” and expressed apprehension that rules might be misused to harass reporters.

Union minister Smriti Irani, however, responded to him saying the Press Council of India and the News Broadcasters Association, both of which are not controlled by the government, will ascertain whether a news is fake or not.

“I appreciate the attempt to control fake news but few questions for my understanding: 1.What is guarantee that these rules will not be misused to harass honest reporters? 2. Who is going to decide what constitutes fake news?

“3. Is it not possible that motivated complaints will be filed to suspend accreditation until enquiry is on? 4.What is guarantee that these guidelines will check fake news or is it an attempt to prevent genuine reporters from reporting news uncomfortable to establishment?” Patel said on Twitter.

Responding to him, Irani tweeted back, saying, “Glad to see you awake Ahmed Patel ji. Whether a news article/broadcast is fake or not will be determined by PCI & NBA; both of whom I’m sure you know are not controlled/ operated by GOI”. 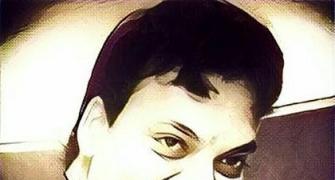 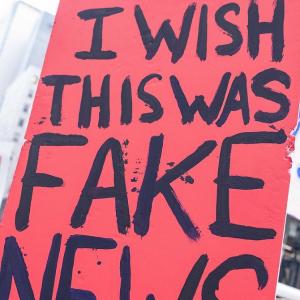