Source: PTI
November 16, 2011 18:30 IST
Politics over its critical reports on scams echoed in the 150th anniversary celebrations of the Comptroller and Auditor General on Wednesday when Bharatiya Janata Party leader and Public Accounts Committee Chairman Murli Manohar Joshi praised Finance Minister Pranab Mukherjee for defending both the CAG and the PAC when they came under attack.

"At a time when democratic institutions are under attack and several scams have come to light, it is heartening that Finance Minister Pranab Mukherjee has come out in support of the institutions," he said.

Joshi was speaking at the valedictory function of the 150 years of the institution of Comptroller and Auditor General of India. Mukherjee and CAG Vinod Rai, however, steered clear of political issues in their speeches.

The BJP veteran referred to Mukherjee's speech at the ADB annual meeting at Hanoi which he made this year in which he had said that Indian governance system is fortified with strong checks and balances through institutions such as the PAC and CAG and said "such clear statements really go a long way in infusing confidence in these institutions".

"I congratulate the finance minister for your support and believe that you will continue to support these institutions. They are highly dependent on you for the principle of transparency," he said.

Joshi also said it was unfortunate that quite recently, faced with CAG's critical observations in his reports, a section of the press and even some parliamentarians have tried to whittle down the credibility of the institution of the CAG.

"While parliamentarians in India, by and large, have always accorded due regard and respect to the CAG and his officers, however, sometimes unable to stomach fair critical comments in the CAG report, ministers have reacted in an unsavoury manner," Joshi said.

He recalled that when the then Defence Minister Krishna Menon had made certain derogatory remarks about the CAG in Lok Sabha in 1960, the then Speaker the late M Ananthasayanam Ayyangar had ruled that CAG is an independent authority whose conduct cannot be "impeached in this manner" however strong the language that might have been used by the auditor.

In his speech, Mukherjee said in a world of growing complexities and uncertainties, the possibility of institutional failures, oversight and ignorance impacting the decision making process cannot be ruled out.

Institutions and individuals, who have the benefit of hindsight, while reviewing the work of others can provide invaluable guidance in improvement of processes to improve decision making and attain greater efficiency, he said.

"We should all be cautious in determining malafide intent as distinct from bonafide errors of judgment or divergent opinions on policy options," the finance minister said.

Asserting that the government was fully committed the virus of corruption from the system, he said corruption is a many headed hydra. Many of its causes were rooted in the colonial legacy of the administration and the excessive government controls over planned economic activity.

"None of us should hesitate in exposing misdemeanour and corrupt practices. But then we should not shy away from reporting the good news as well," he said appreciating the professionalism and integrity of the officials of the audit and accounts officials in discharging their constitutional mandate.

In his speech, CAG Vinod Rai said that the institution of CAG over the years has functioned faithfully in accordance with what has been set out by the framers of the constitution and he was proud and privileged to head it.

"The department comprises the best professionals who have withstood the most intense scrutiny over the years...their track record has been impeccable. History speaks of repeated attempts to weaken the edifice but the department has stood tall," he said to a thunderous applause of the auditors.

Rai said the institution would remain a key pillar of India's vibrant democracy and respond to the needs of the time in the future and the common man will draw greater assurance from its work.

Recalling President Pratibha Patil's address to the governors' conference recently in which she talked about public sentiment being against corruption on the rise in public life, he said the institution of CAG is fully committed to ensuring public financial accountability and squarely addressing the issues raised by the President.

The CAG said the role of the institution in the coming years and decades would be shaped by the developments in the polity, the priorities of the stakeholders and the increasingly robust views of the public expressed through new and ever changing idioms. 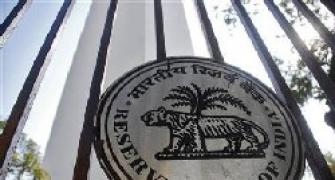 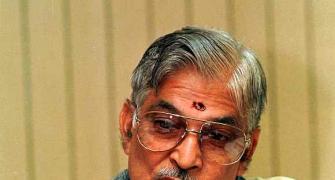