Away from the bustling crowds of Raipur city, the Mayfair Golf Resort where MLAs of the ruling United Progressive Alliance coalition in Jharkhand are sequestered has turned into a fortress with police personnel deployed everywhere. 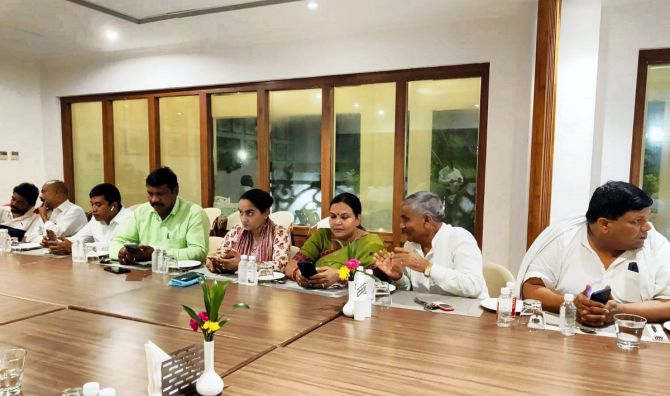 The Jharkhand Mukti Morcha-Congress-Rshtriya Janta Dal coalition in Jharkhand on Tuesday flew its 32 MLAs to Raipur to prevent the Bharatiya Janata Party's alleged attempts to poach its legislators.

The MLAs, 15 from the Jharkhand Mukti Morcha and 17 from Congress, accompanied by senior Chhattisgarh Congress leaders Ramgopal Agrawal and Girish Dewangan, travelled in three buses to the luxurious resort located in Nava Raipur.

While mediapersons are camping in the area in scorching heat in their quest for news and visuals, their entry is strictly barred inside.

All 40-odd rooms at the resort have been booked for the guests from Jharkhand for the next two days, Congress sources said.

A video of an SUV with 'Chhattisgarh government on duty' written on it and carrying liquor bottles allegedly towards the resort went viral during the day, with opposition BJP slamming the Congress government in the state over it.

"Chhattisgarh is not a den of indulgence where you are serving liquor and chicken to Jharkhand MLAs from the money of the people of Chhattisgarh. After Assam and Haryana, MLAs of Jharkhand are stationed here (Raipur). Chhattisgarh Mahtari (Mother Chhattisgarh) will never forgive you for this immoral act," BJP vice president and former chief minister Raman Singh tweeted in Hindi.

Head of the state Congress communication wing Sushil Anand Shukla questioned the authenticity of the video and said his party or the government had nothing to do with it.

Jharkhand Chief Minister Hemant Soren did not accompany the UPA MLAs to Raipur, but some senior JMM leaders are with them, said local Congress sources.

The tariff at the Mayfair Golf Resort was not available online, but the Mayfair Lake resort adjacent to it offers a room with discount starting at Rs 4,200 per day, an employee of a nearby hotel said.

The sprawling golf resort is spread over 100 acres of land, he added.

Earlier in June this year, amid fears of cross-voting in June 10 Rajya Sabha Polls, the main opposition Congress in Haryana had shifted its MLAs to the same resort.

Before that, candidates of Bodoland Peoples Front, an ally in the Congress-led grand alliance during the last year's Assam Assembly polls, had been brought to Raipur in April 2021 ahead of counting of votes and stationed on the same premises.

The ruling UPA coalition has 49 MLAs in the 81-member Jharkhand Assembly.

Soren's JMM believes that the BJP may make a serious attempt to poach MLAs from it and from the Congress in a bid to topple the government.

Following a petition by the BJP seeking Soren's disqualification from the Assembly in an office of profit case, the Election Commission sent its decision to state Governor Ramesh Bais on August 25.

Though the EC's decision is not yet made public, there was a buzz that the poll panel had recommended the chief minister's disqualification as an MLA. 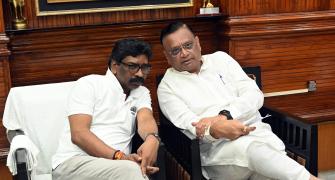 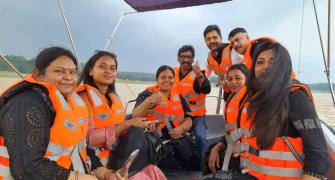 Amid turmoil, Jharkhand CM takes MLAs for a day-out 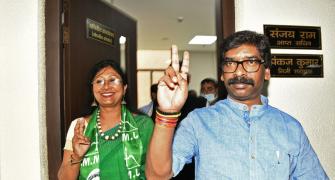 Will Soren be disqualified? Guv to take a call today 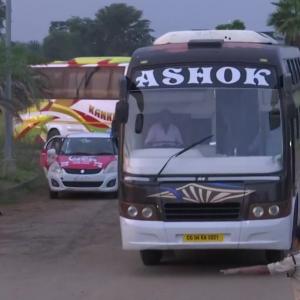 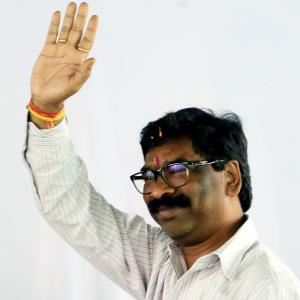