As hectic efforts were on to contain Japan's worst atomic crisis, police in protective gear on Thursday for the first time launched a search for tsunami victims in a 10-km zone around a radiation-leaking nuclear plant while Premier Naoto Kan vowed to rebuild the nation amid growing opposition calls for him to quit.

In their first visit to the disaster-hit northeast, Japan's Emperor Akhito and Empress Michiko visited Asahi City in Chiba Prefecture, just outside Tokyo, where they met residents of districts struck by the March 11 magnitude-9 quake and tsunami that left nearly 30,000 people dead or missing.

After being briefed by Chiba Governor Kensaku Morita on the disaster that killed 13 people in the city and destroyed hundreds of houses, the couple visited a community centre in Unakami district, where 80 residents of Asahi had taken shelter, national broadcaster NHK reported.

They also visited an emergency centre in the area, where about 70 residents were staying. The couple is scheduled to visit Kitaibaraki City in Ibaraki prefecture on Friday next week, Sendai in Miyagi on April 27, Iwate prefecture on May 2 and Fukushima on May 11.

Prime Minister Kan, who is facing mounting calls from the opposition to step down over his handling of the aftermath of the twin disaster, expressed his commitment to rejuvenate Japan by turning the devastated northeastern coastal region into one of the world's most desirable places to live.

"I'd like you to present a plan that will open up a great opportunity to renew Japan and create a better society for the Japanese people," Kan said at the first meeting of a panel tasked with developing a grand design for reconstruction, Kyodo news agency reported.

Kan said Japan would overcome "the worst crisis in its 65-year postwar history" by putting together its wisdom and power, and heeding the voices of people suffering from the natural calamity. Meanwhile, another strong earthquake with a magnitude of 6.1 jolted northeastern Japan early on Wednesday.

The undersea quake struck at 5.57 am local time at a depth of just 11.2 km, around 190 km east of Morioka on Honshu island, according to the United States Geological Survey. However, the workers at the Fukushima plant continued the difficult task of removing highly radioactive water from the basements of reactor numbers 1 to 3 turbine buildings.

The level of polluted water in the plant's underground trench was found to be edging up again this morning after some 660 tonnes were pumped out, Kyodo reported. The removal of some 60,000 tonnes of contaminated water is vital to speed up the work to restore key cooling functions of the reactors lost in the March 11 twin disaster.

According to the Nuclear and Industrial Safety Agency, the water level at the vertical part of a trench had increased by about 3.5 cm this morning from the level recorded on Tuesday. The level of the water is, however, 2.5 cm lower than just before the water-transferring mission started.

The Tokyo Electric Power Company is preparing to transfer more highly radioactive water into a facility for nuclear waste disposal in the plant, which can accommodate 30,000 tonnes of liquid.

Hundreds of police personnel in protective white suit, for the first time searched rubble in areas near the plant for victims of last month's tsunami. Police launched the hunt for around 1,000 bodies believed to have been buried in the debris in areas close to the plant, amid falling radiation levels.

TEPCO also started looking into how to check the quake resistance of already heavily-damaged reactor buildings at the site as per an order issued by the nuclear regulatory agency, in light of strong aftershocks from the March 11 quake. To enhance preparation for dealing with tsunami waves triggered by aftershocks and other emergency situations, emergency diesel power or vehicle-mounted power sources are to be placed at higher ground, while backup units for water injection to the troubled reactor numbers 1 to 3 are expected to be installed, according to the nuclear agency.

On April 7, the reactor number 1 of the Onagawa nuclear power plant in Miyagi Prefecture sustained a jolt greater than what it was designed to withstand during a strong aftershock, nuclear safety officials were quoted as saying by Kyodo. Both the troubled Fukushima Daiichi nuclear plant and the Onagawa facility were hit by the March 11 quake and tsunami, but the latter has been largely under control with its key cooling functions being active.

Chief Cabinet Secretary Yukio Edano said the central government will study ways to improve communication with local authorities and residents near the crippled Fukushima plant. "We are looking into how we can properly convey the information (to evacuees)," Edano said.

"As communication (between the central and local governments) has not been sufficient, we need to take this seriously." His statement followed controversial remarks by Kenichi Matsumoto, a special adviser to the cabinet, who quoted Prime Minister Kan as saying during a meeting that people evacuated from homes near the plant would be unable to return to their hometowns "for 10 or 20 years."

Matsumoto later retracted his remark, while Kan himself said "I did not say that." Kan's purported remarks also drew criticism from opposition lawmakers, with Tadamori Oshima, vice president of the main opposition Liberal Democratic Party, saying the Premier was "unqualified as a leader" if he had indeed made such a remark.

Natsuo Yamaguchi, leader of New Komeito, the country's second-largest opposition party, said remarks should only be made after considering their impact on evacuees and local governments 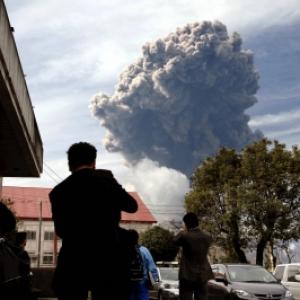